The first games of the 2021-22 men’s basketball season kicks off on Tuesday, Nov. 9, but, hey, who’s keeping track. Can you tell we’re excited?

The sport’s non-conference slate will include a rematch from last season’s Final Four, exciting in-state matchups and games between top programs. If you’re a diehard fan, you’ll likely tune in to the Champions Classic on opening night (Kansas vs. Michigan State and Duke vs. Kentucky), and the Maui Invitational in late November, but here are 11 more men’s basketball non-conference games to circle on your calendar for the 2021-22 season. 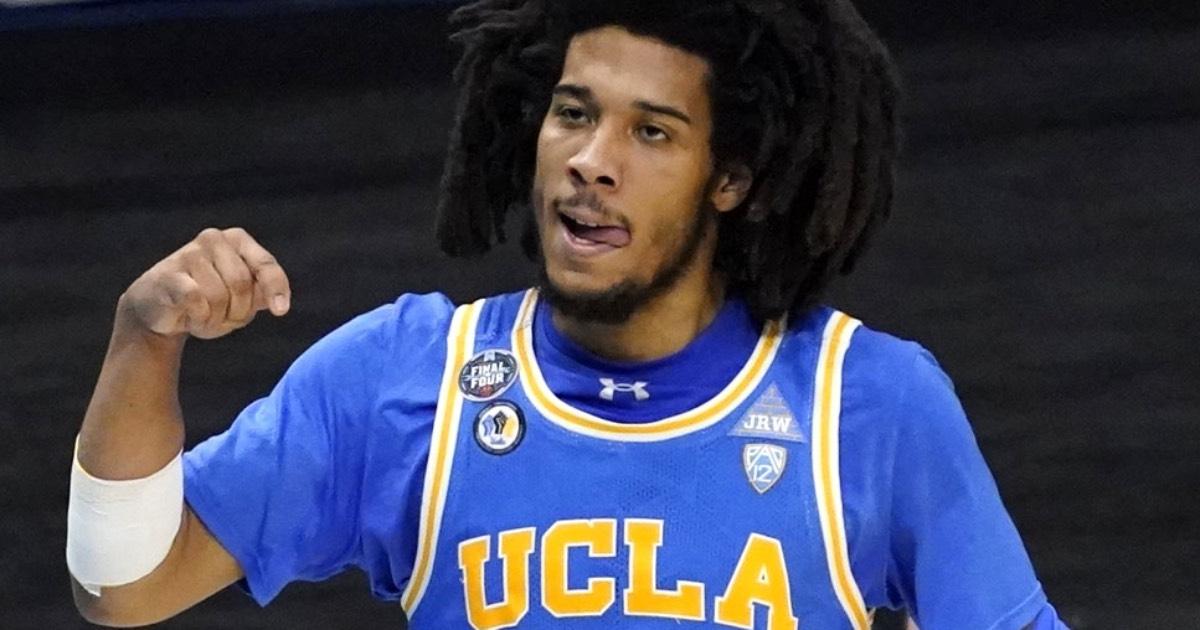 The Wildcats return co-Big East Player of the Year Collin Gillespie, who enters his fifth season having scored 1,264 points in 118 games in a Villanova uniform, and he’ll be joined by Justin Moore (12.9 ppg, 4.1 rpg), fellow fifth-year senior Jermaine Samuels (12.0 ppg, 6.4 rpg) and Caleb Daniels (9.6 ppg). Gillespie’s college career started with a national championship run in the 2017-18 season but he has been unable to play in March Madness the last two years due to the cancellation of the 2020 NCAA tournament and a season-ending injury, respectively.

Villanova’s offensive efficiency has ranked in the top 25 nationally in every season since the 2013-14 campaign, per kenpom.com, and given the Wildcats’ returning production, there’s no reason to expect any different in the 2022 season. UCLA finished last season ranked No. 11 in offensive efficiency — just five spots behind Villanova — and both teams ranked in the bottom 30 nationally in terms of tempo, so you can expect a competitive, but potentially lower-scoring, game in Westwood.

An early season road game for Villanova against UCLA could be a potential top-10 matchup and a clash potentially between the Big East and Pac-12 favorites, given that the Bruins return their entire starting lineup from last season’s squad that made the Final Four and a game featuring Gillespie and UCLA’s Johnny Juzang (16.0 ppg) could feature two of the premier perimeter players in the country. 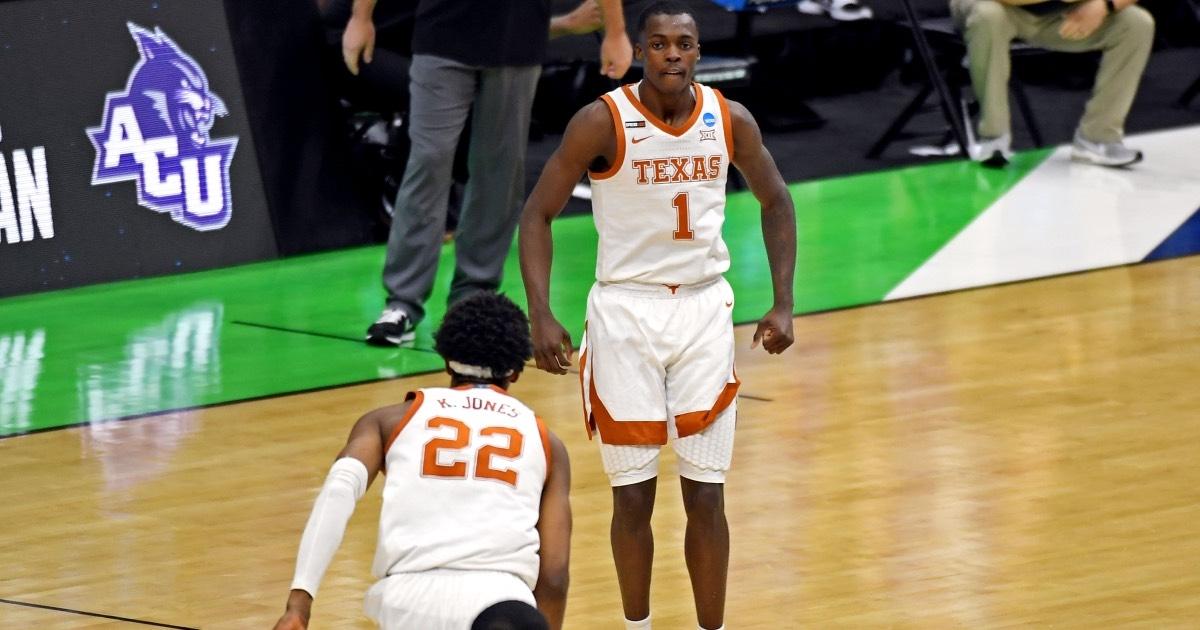 New Texas coach Chris Beard’s first game as the Longhorns’ head coach is a tough one: at The Kennel, where Gonzaga boasts the country’s longest-active home winning streak, which dates back to January 2018. Both teams could enter the season with a single-digit ranking next to their respective names.

They’ll face a Texas squad that returns its leading and third-leading scorers from last season — Andrew Jones (14.6 ppg, 4.5 rpg) and Courtney Ramey (12.2 ppg, 3.9 apg), respectively — from a team that earned a No. 3 seed last March. The Longhorns also remade their roster with transfers Marcus Carr (Minnesota), Timmy Allen (Utah), Tre Mitchell (UMass) and Christian Bishop (Creighton). If all of the new players and coaches can gel, that’s a roster that could set it sights on where Gonzaga reached last season — the final weekend of the NCAA tournament.

This could also be a matchup between the two best men’s basketball head coaches who haven’t won a national championship. Both have finished as the coach of the national runner-up at least once. 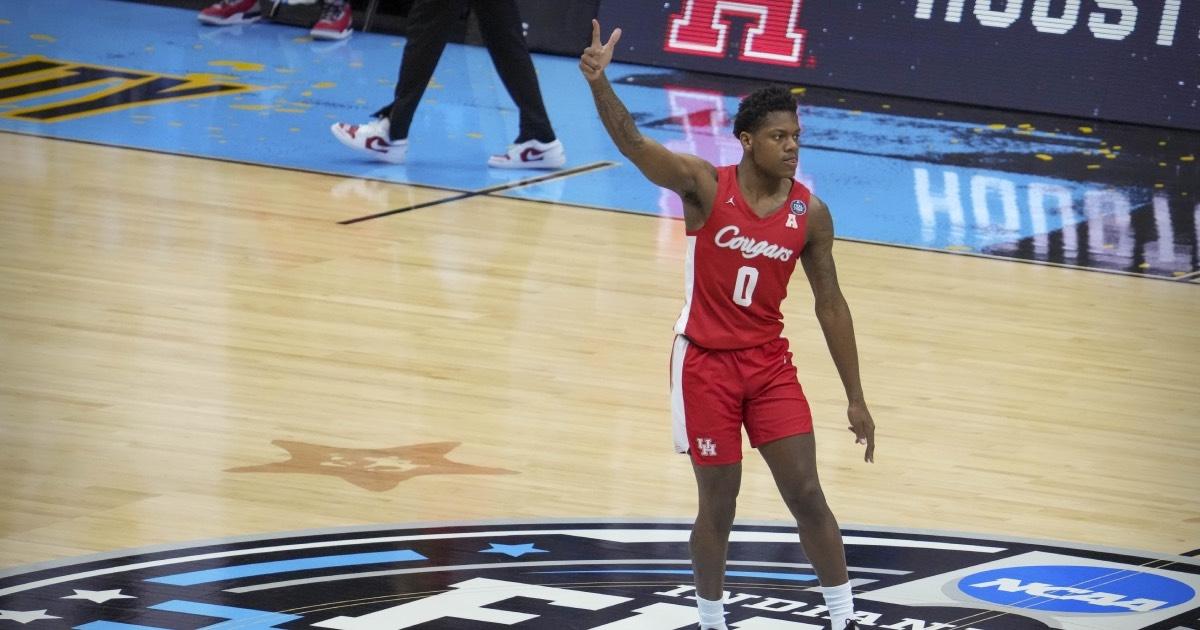 If you’re a fan of defense, then this game is for you. Houston, which is coming off of a Final Four appearance last season, had the ninth-most efficient defense in the country, per kenpom.com. The Cougars finished in the top 25 in each of the last four seasons, while the Virginia Cavaliers finished in the top 25 every season from the 2012 campaign through 2020, including the 2018 and 2020 seasons, when they had the top defense nationally.

Both programs are deliberate with their pace; Virginia finished last nationally in tempo, per kenpom.com, while Houston was 332nd (out of 357 Division I teams). 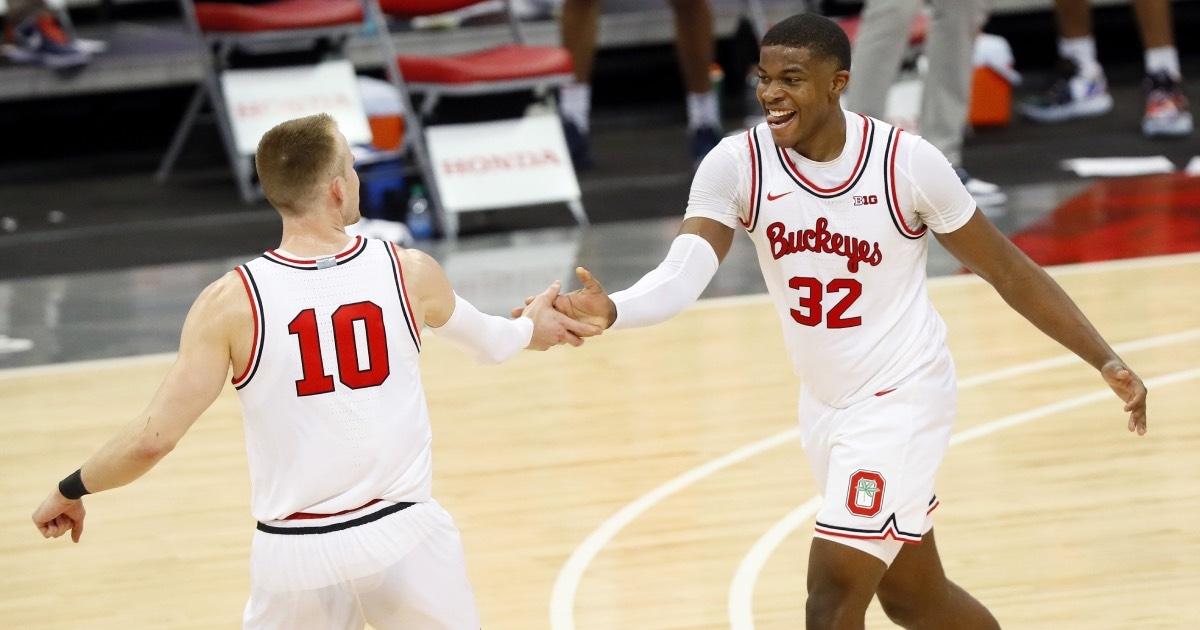 Despite the campuses of Ohio State and Xavier being separated by just over 100 miles, the Buckeyes and Musketeers have played just twice ever. (For reference, that’s the same number of times Xavier has played Delaware, Hawai’i and Washington.) They’ll now play for a third time in series history thanks to the Gavitt Tipoff Games between the Big East and Big Ten.

The last time these two programs met was on March 17, 2007, when No. 1 seed Ohio State prevailed in overtime over No. 9 seed Xavier as the Greg Oden-led Buckeyes ultimately marched to the national championship game, where they fell to Florida. 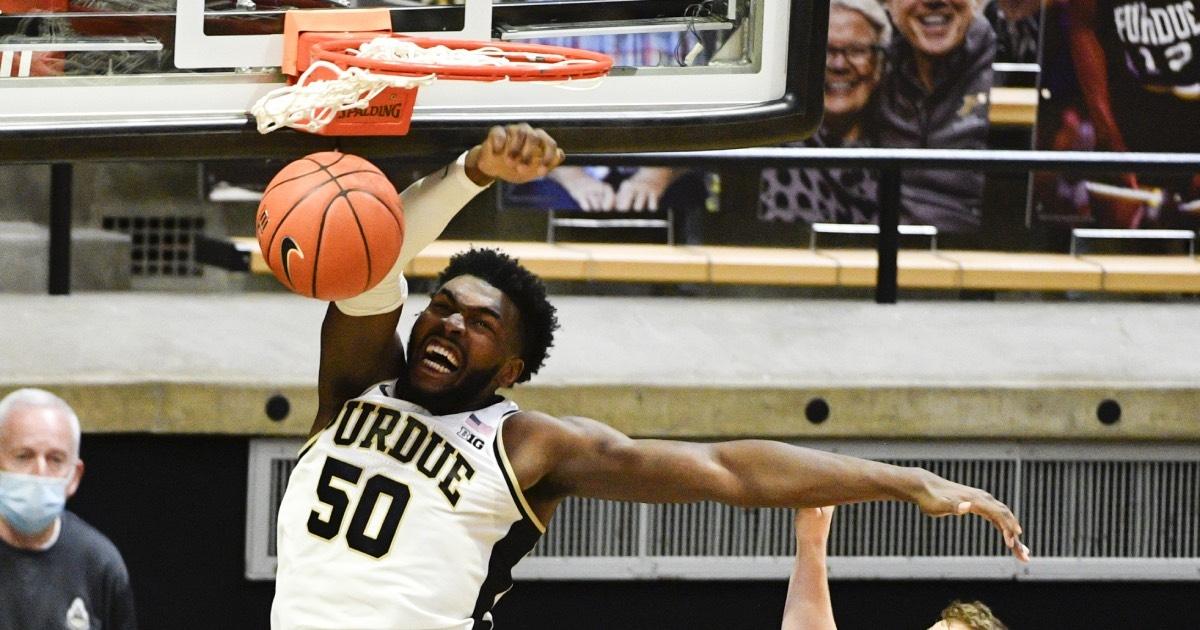 The 2021-22 season marks the first year of new North Carolina coach Hubert Davis’ head coaching tenure at his alma mater and this neutral-site game against Purdue in the Hall of Fame Tipoff will represent the first premier matchup of the season for the Tar Heels, following games against Loyola (MD), Brown and College of Charleston.

This game will also provide a chance to see how talented guards Jaden Ivey (Purdue) and Caleb Love (North Carolina) developed between their freshman and sophomore seasons. 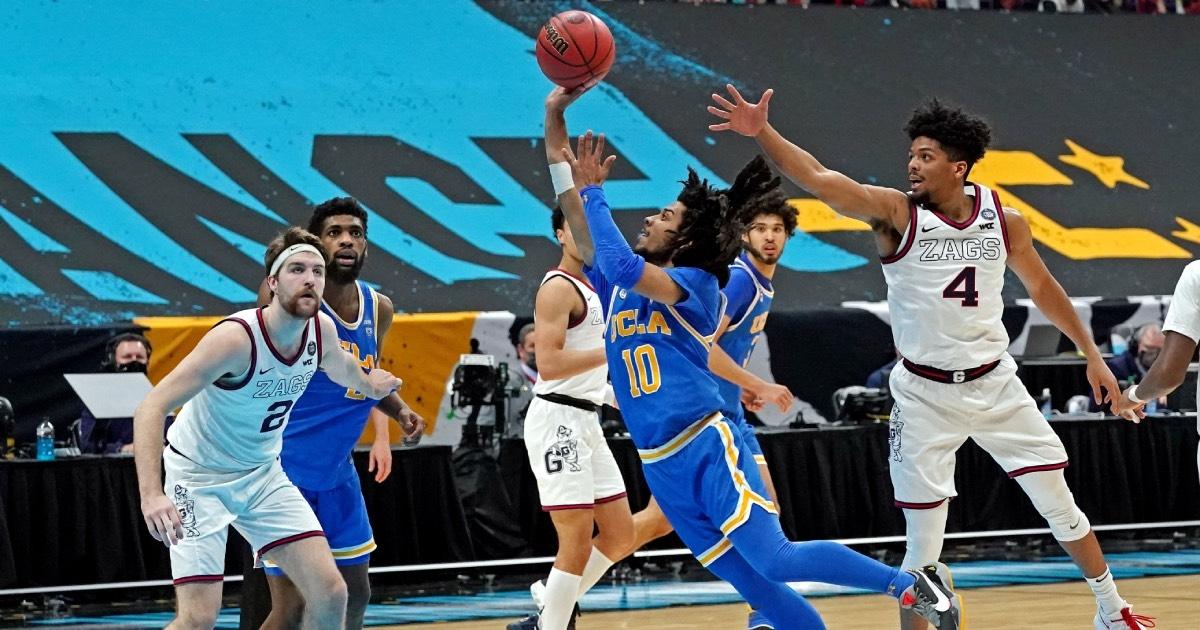 Just seven months after then-undefeated Gonzaga extended its then-perfect season to 31-0 on Jalen Suggs’ 37-foot, game-winning 3-pointer in overtime — one of the longest, game-winning buzzer-beaters in NCAA tournament history — the two West Coast powers will meet in Las Vegas.

Suggs is off to the NBA, as is Corey Kispert, but Gonzaga’s leading scorer from last season, forward Drew Timme, is back for his junior season and the ‘Zags enrolled arguably the best freshman in the country in 7-footer Chet Holmgren. UCLA’s Johnny Juzang, who led the 2021 NCAA tournament in scoring, highlights a Bruins roster that returns all five starters from last season’s Final Four run.

Depending on where these two teams start the season in the preseason AP poll — both will likely be in the top five, if not the top three — then this November meeting could potentially be a preview of another epic NCAA tournament matchup in 2022. 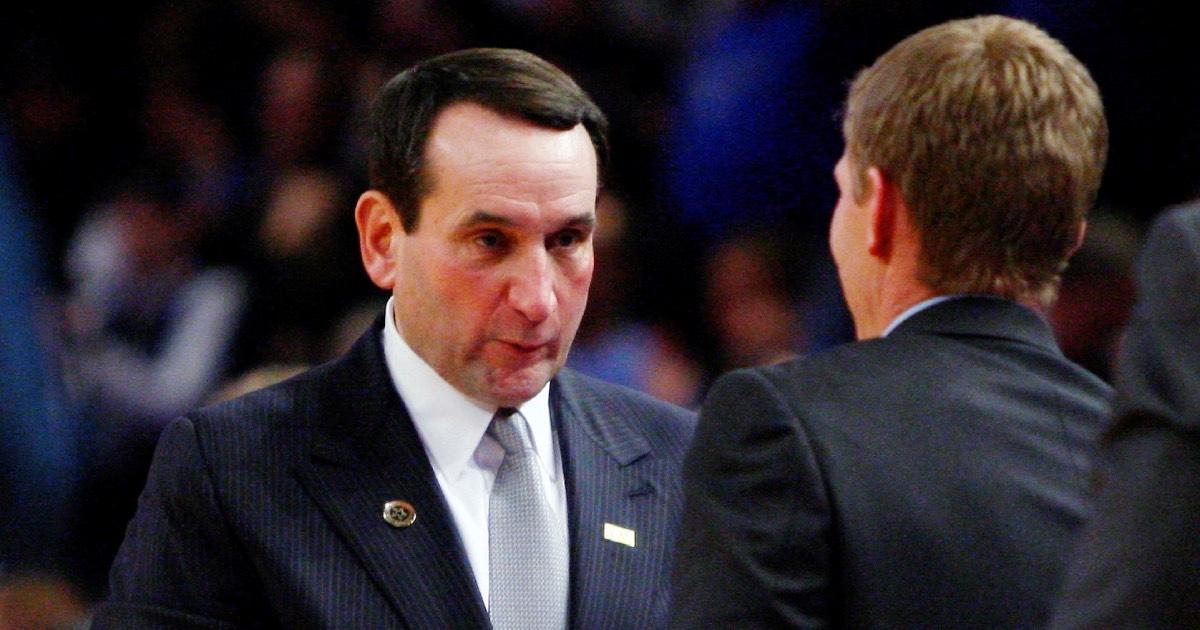 The Blue Devils are coming off of their worst season since 1995, after going 13-11 (9-9 ACC) last season, while Gonzaga is coming off of its best season in program history, as part of an impressive run that started with the program’s first-ever NCAA tournament appearance in ’95.

Depending on the success of Krzyzewski’s named replacement, current assistant coach and former Duke point guard Jon Scheyer, and the longevity of Few’s career in Spokane, this game could mark a metaphorical changing of the guard as the coach who built what has so often been considered the premier program in the sport (Duke) shares the floor with the coach who has built what is now, arguably, the most stable program in the country (Gonzaga).

The two programs have met three times — each during the tenures of Krzyzewski and Few — and most recently in the 2018 Maui Invitational, where the Bulldogs prevailed 89-87 over a Blue Devils team that featured First Team All-Americans Zion Williamson and R.J. Barrett. 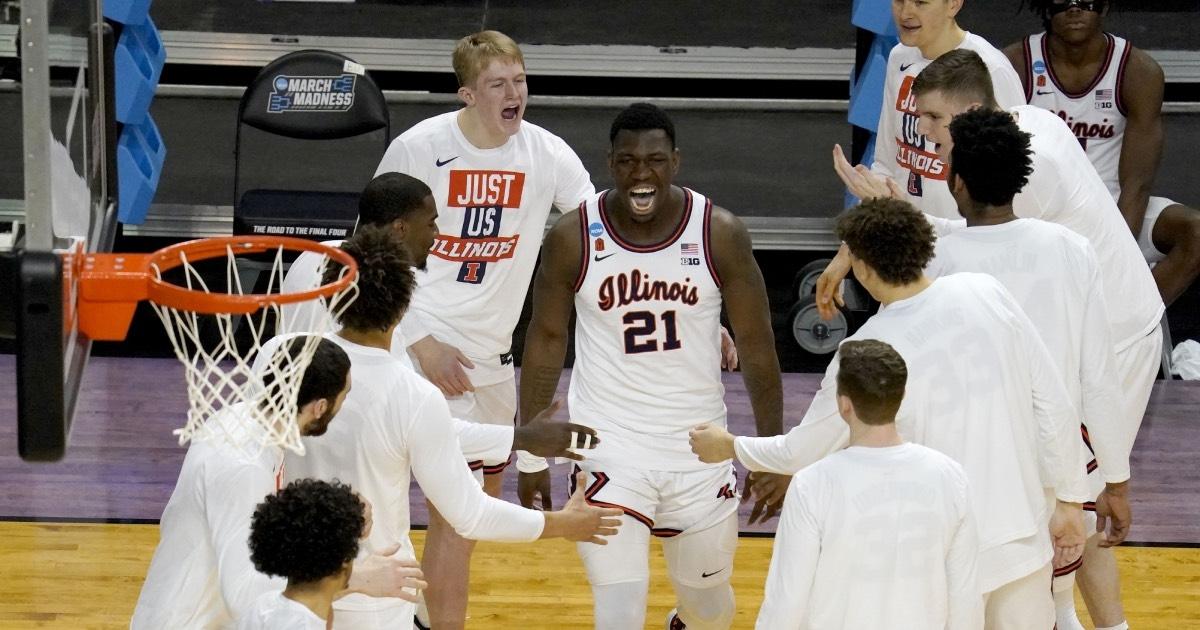 Last season, when Illinois went 24-7 and earned a No. 1 seed for the first time since 2005, saw the lllini establish themselves as one of the best teams in the country. While they said goodbye to First Team All-American Ayo Dosunmu, Second Team All-American Kofi Cockburn, who averaged 17.7 points and 9.5 rebounds per game, returns, as do guards Trent Frazier (10.2 ppg, 2.7 apg, 2.7 rpg) and Andre Curbelo (9.1 ppg, 4.2 apg, 4.0 rpg). That means Illinois could be very strong once again and it will host an Arizona team that went 17-9 and now enters the first season of new head coach Tommy Lloyd’s tenure.

As popular as neutral-site events are in the sport, true home-and-home series are pretty great, too, especially when they’re between two of the top 25 programs nationally since 1997, according to kenpom.com. 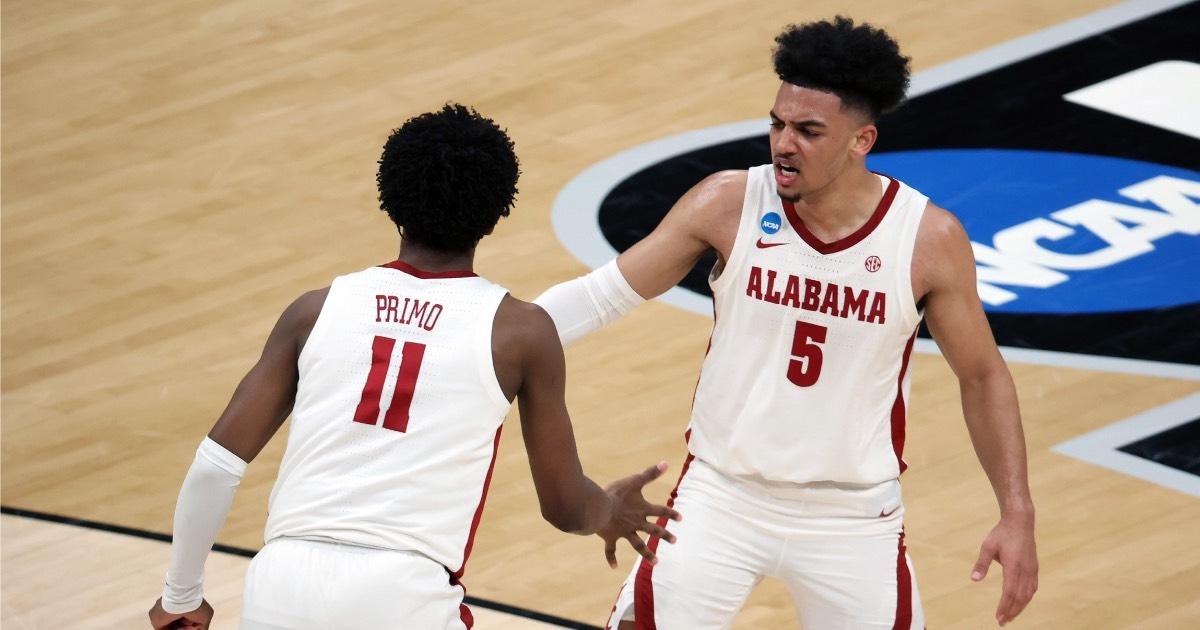 There’s a saying in boxing that styles make fights and if we steal that phrase and apply it to men’s basketball, it certainly applies to this matchup. Both Alabama and Houston earned No. 2 seeds last season, finished in the top 10 nationally in efficiency, per kenpom.com, and made the second weekend of the NCAA tournament, but their styles of play that allowed them to reach those heights differed.

Alabama’s tempo ranked 11th nationally, per kenpom.com, including the second-fastest offense in the country — one that relied heavily on 3-pointers (46.5 percent of the Crimson Tide’s field goal attempts were 3s). Then there’s Houston, which ranked 334th nationally in offensive tempo, with an offense that was successful largely due to the second-best offensive rebounding percentage in the country (39.8 percent).

Alabama wants to run on offense, Houston wants to slow the tempo. But both programs have shown the ability to play elite defense and that should make this December meeting a competitive one. 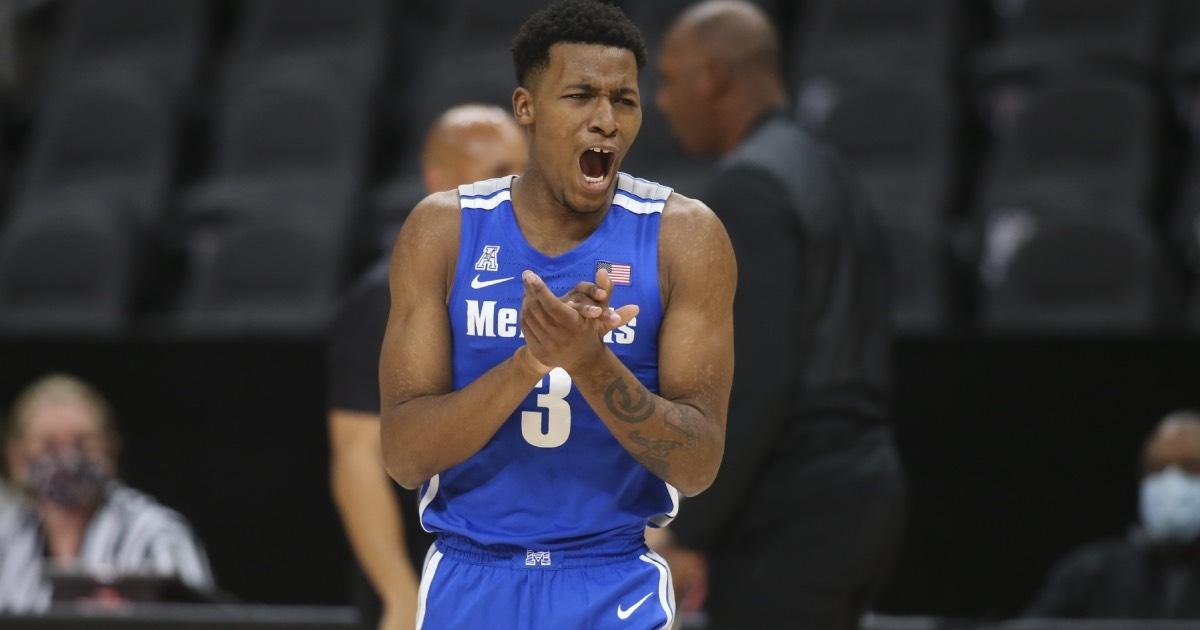 This in-state series has been a competitive one — Tennessee leads the all-time series 15-12, but Memphis has won four of the last five matchups. The Tigers and Volunteers last met in 2019, when Memphis won by four points in Knoxville after Tennessee cracked 100 points and won by 10 in Memphis in 2018.

Memphis, the reigning NIT champion that boasted the most efficient defense in the country, per kenpom.com, recently landed a commitment from one of the most talented freshmen in the country, Jalen Duren, who will join returners including Landers Nolley II (13.1 ppg, 4.1 rpg), Deandre Williams (11.7 ppg, 5.8 rpg) and Lester Quinones (9.5 ppg, 5.8 rpg). Meanwhile, Tennessee — a squad that finished fifth in defensive efficiency in 2021 — adds talented freshman point guard Kennedy Chandler and power forward Brandon Huntley-Hatfield, who will team up with guard Victor Bailey Jr. (10.9 ppg, 2.0 rpg) and forward John Fulkerson (9.5 ppg, 5.5 rpg). 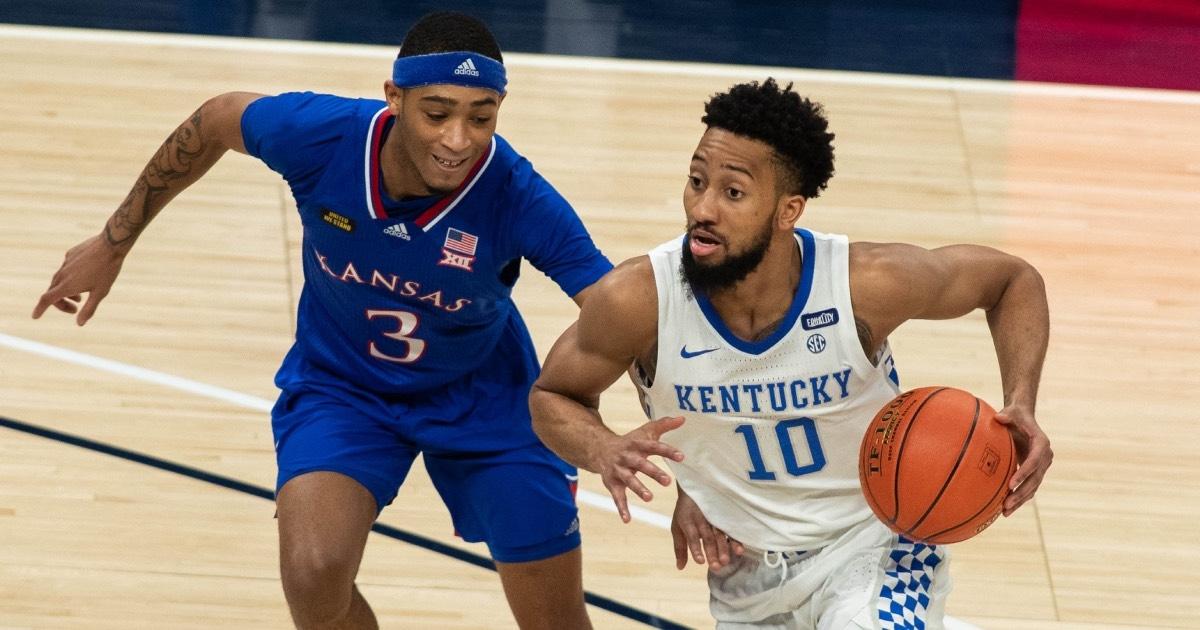 The Big 12/SEC Challenge annually provides some of the final non-conference matchups of the regular season and the two stories programs will meet once again. Since the start of the 2011-12 season, they’ve played eight times in 10 seasons and they’ve split those matchups with four wins apiece. Kansas has won four of the last five meetings, including an overtime win, a three-point win in the Champions Classic last season and a four-point win in the 2017 Champions Classic, so their meetings are almost always competitive.