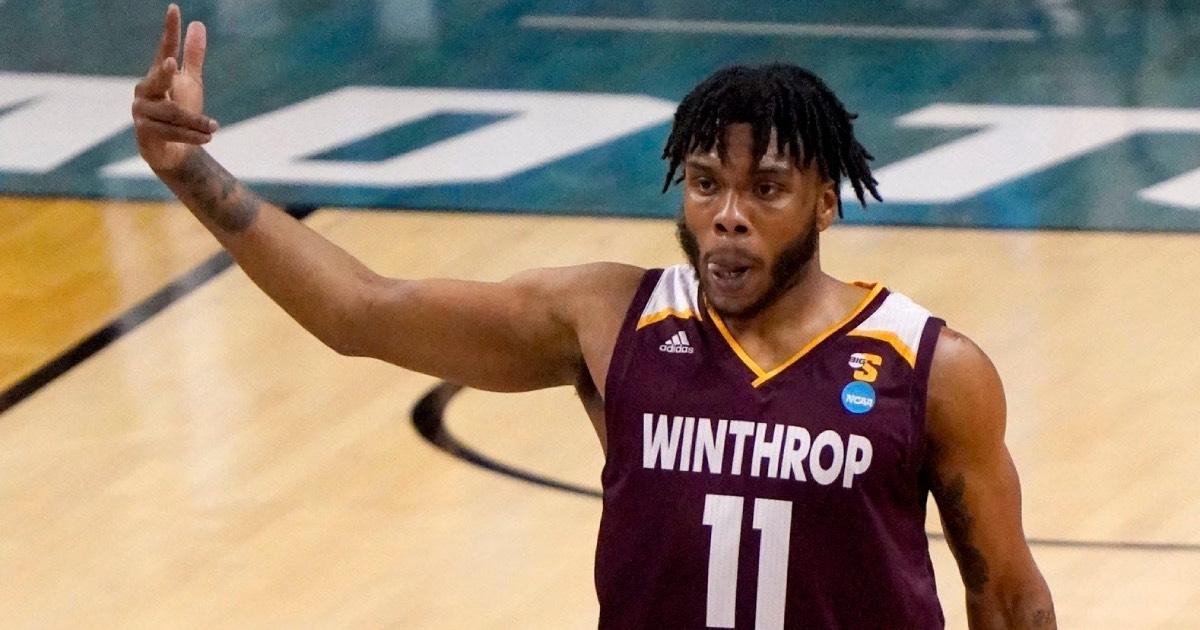 There are a handful of teams that go undefeated at home each season but it’s rarer for a team to pull off a perfect record on the road, which is what Winthrop did last season. The Eagles won all 10 of their road games, including four consecutive road wins against Radford and High Point to end the regular season, as the Eagles finished 17-1 in Big South play.

Had Winthrop not lost by four points at Gardner Webb in February 2020, their current road winning streak would be at an even more impressive mark of 19 games, as the Eagles won their first six road games in conference play during the 2019-20 season.

Winthrop finished last season with a 23-2 record, its only losses coming against UNC Asheville at home by two points and to Villanova in the NCAA tournament. 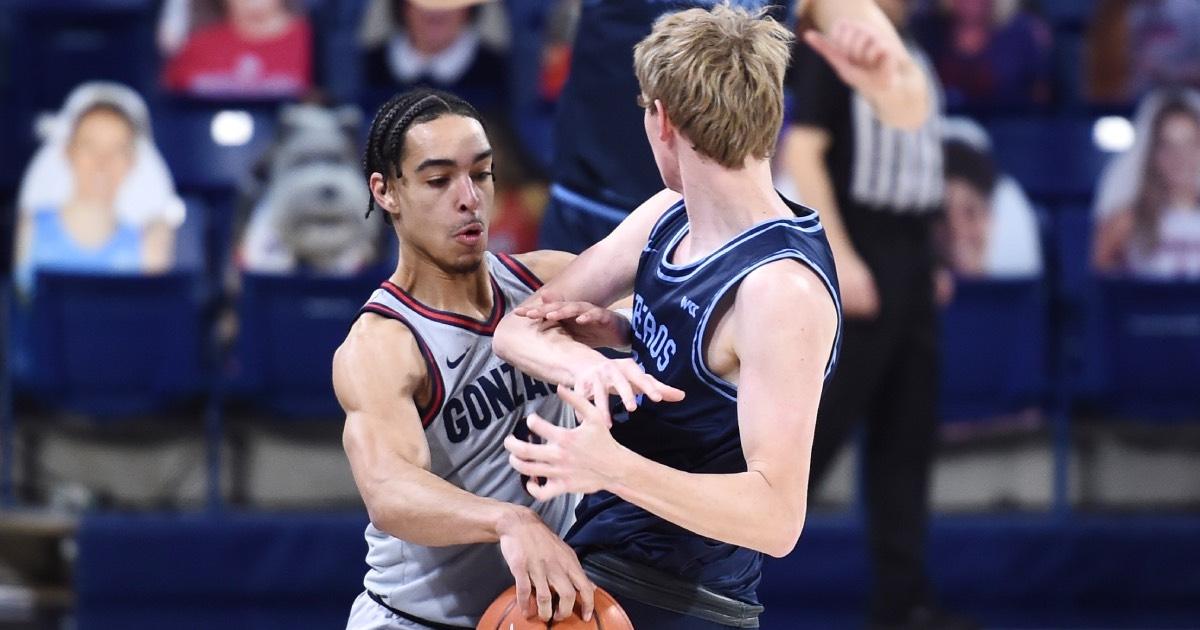 Gonzaga, the reigning national runner-up, made it to the 2021 national championship game undefeated, with a 31-0 record, until suffering its first loss of the season to Baylor. During its undefeated start to the season, the Bulldogs won all seven of their conference road games — they played five neutral-site games during the non-conference portion of their schedule, but none on the road. Those seven wins came against Portland, Saint Mary’s, San Diego, Pepperdine, Pacific, BYU and San Francisco, and the last five were in succession.

On average, those seven road wins came by 22.8 points in favor of the ‘Zags. The Bulldogs’ last road loss came during their conference road finale during the 2020 season, when BYU handed Gonzaga its first and only conference loss of the season, 91-78, behind a hot-shooting night for the Cougars in which they shot almost 63 percent from 2-point range and 40 percent from 3. 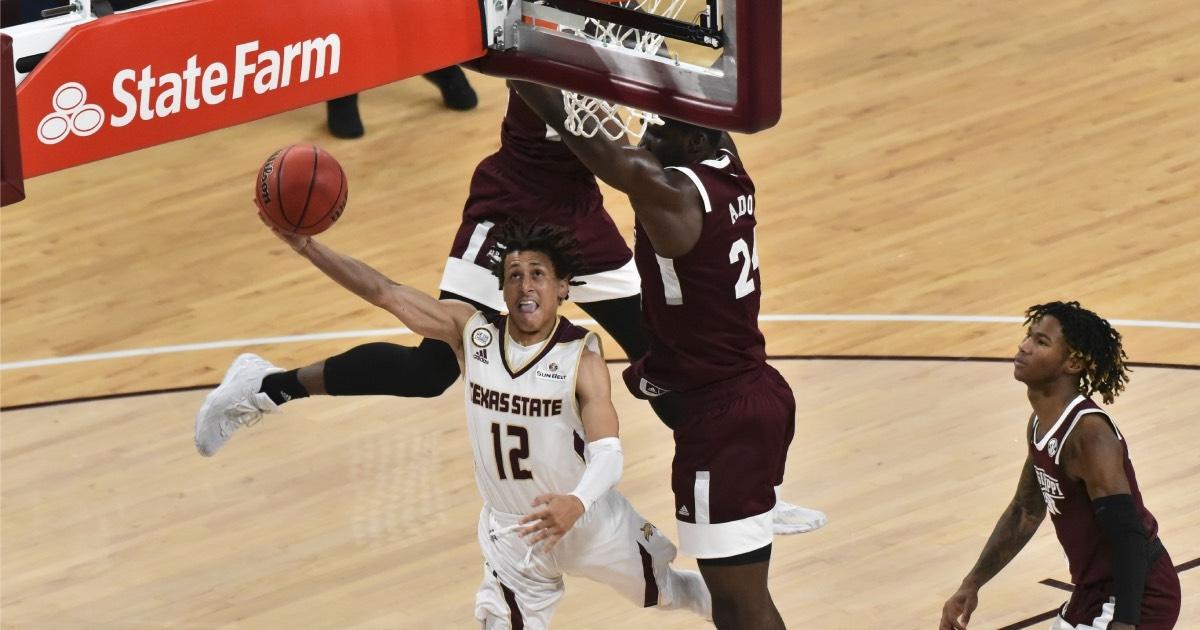 Texas State finished a Sun Belt-best record of 12-3 in conference play, ahead of Louisiana (10-7 Sun Belt) in the Sun Belt’s West division. After the Bobcats started the season with a 2-3 record on the road and 6-4 overall, Texas State finished the regular season with an 18-6 record, including wins in its final seven road games. Five of those road wins came consecutively in January — at Louisiana, Little Rock (twice) and Louisiana Monroe (twice).

What made Texas State so successful last season?

Well, the Bobcats posted the sixth-best 3-point percentage nationally (39.4 percent), per kenpom.com, while forcing a turnover on 22.5 percent of their opponents’ offensive possessions, which ranked 15th nationally. 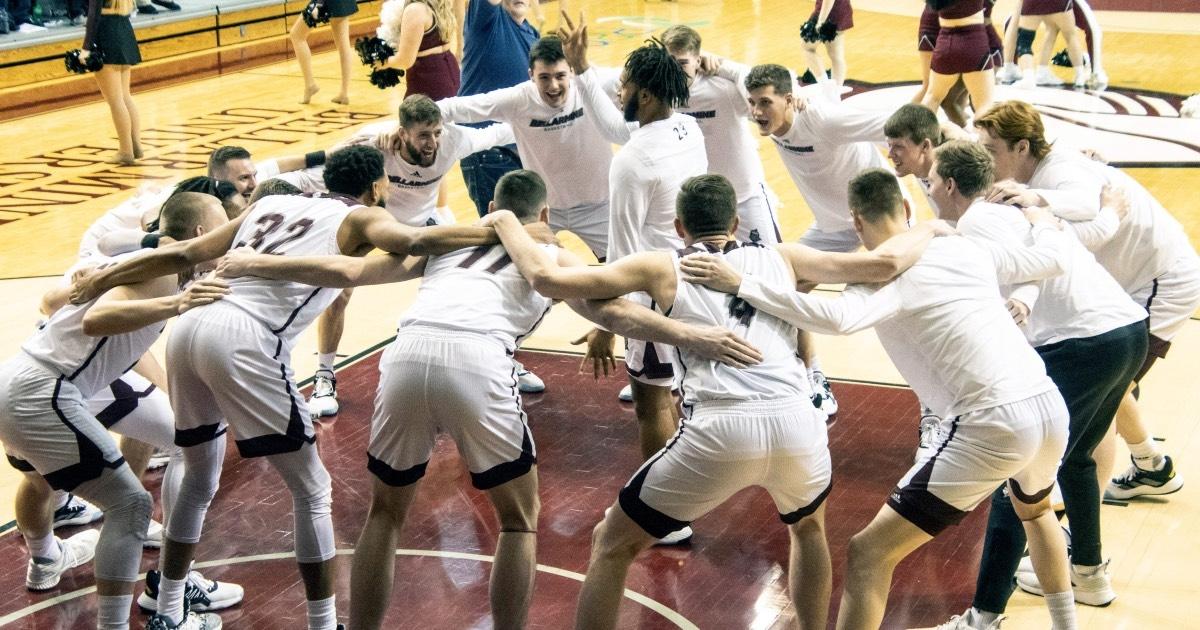 Those came at a little place called Cameron Indoor Stadium against Duke in their season opener, and later at Notre Dame. 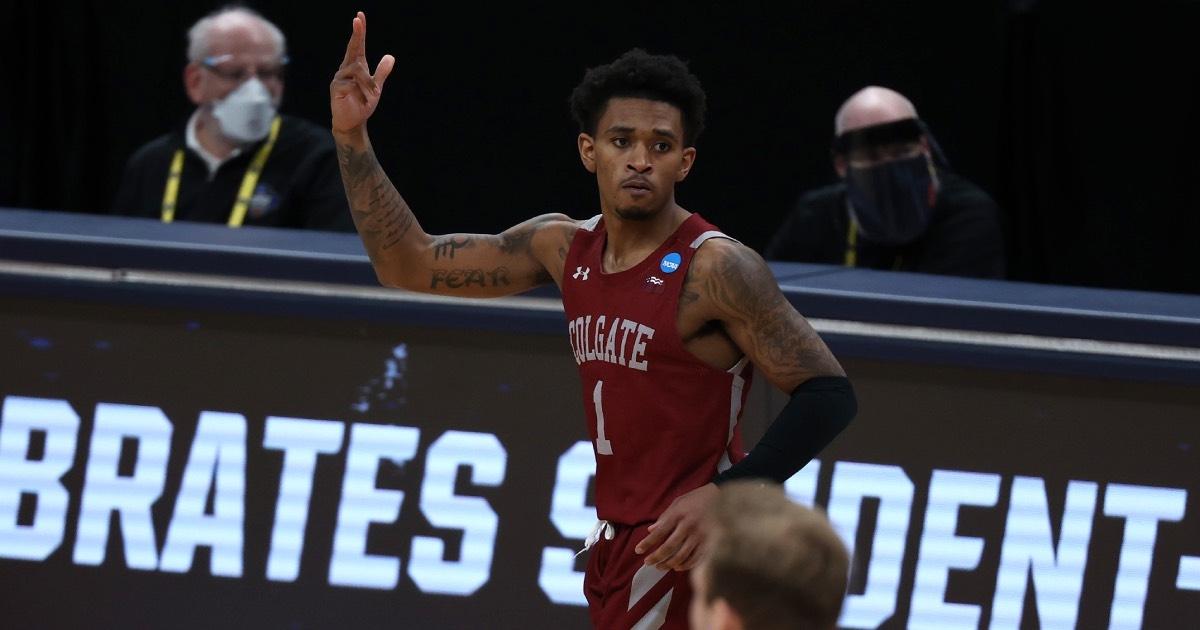 Colgate was an advanced metrics darling last season, primarily because most of the teams in the Patriot League played only conference games during the regular season, which largely left the conference disconnected from the rest of the men’s basketball university. But that shouldn’t diminish that the Raiders were also very good, going 14-1 prior to Selection Sunday, including wins in all six of their road games. 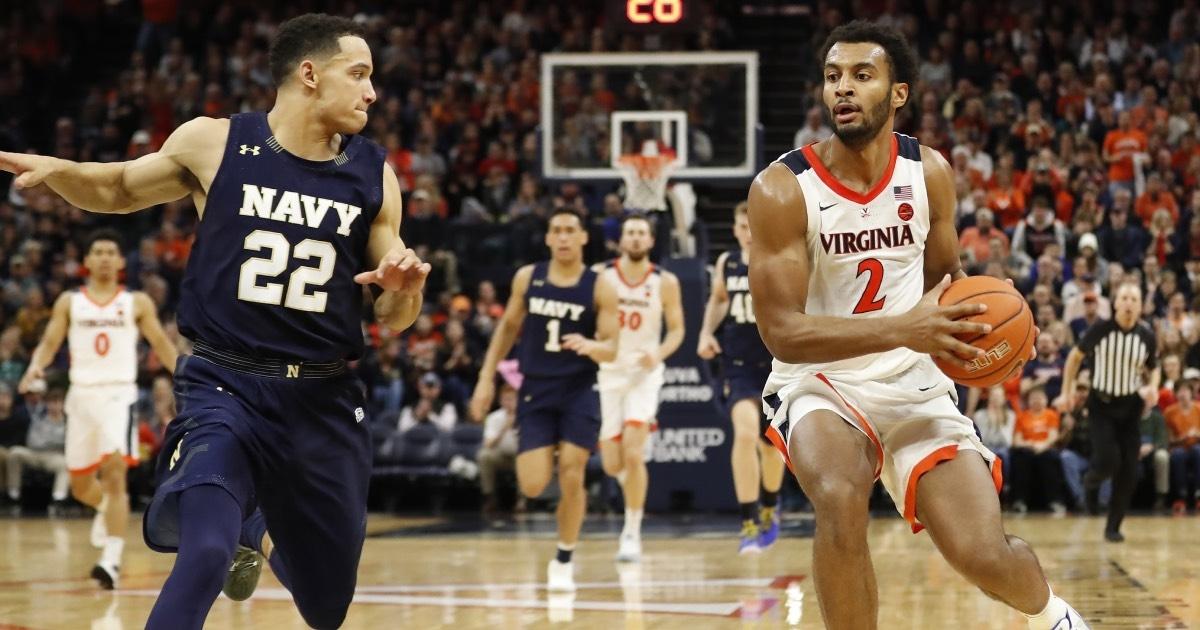 Navy got off to a rough start on the road last season, losing to Maryland by 30 points, but the Midshipmen won their final six road games of the season, including a seven-point win at Georgetown. Navy went 15-2 in the regular season, with its only other loss coming to Army in overtime. 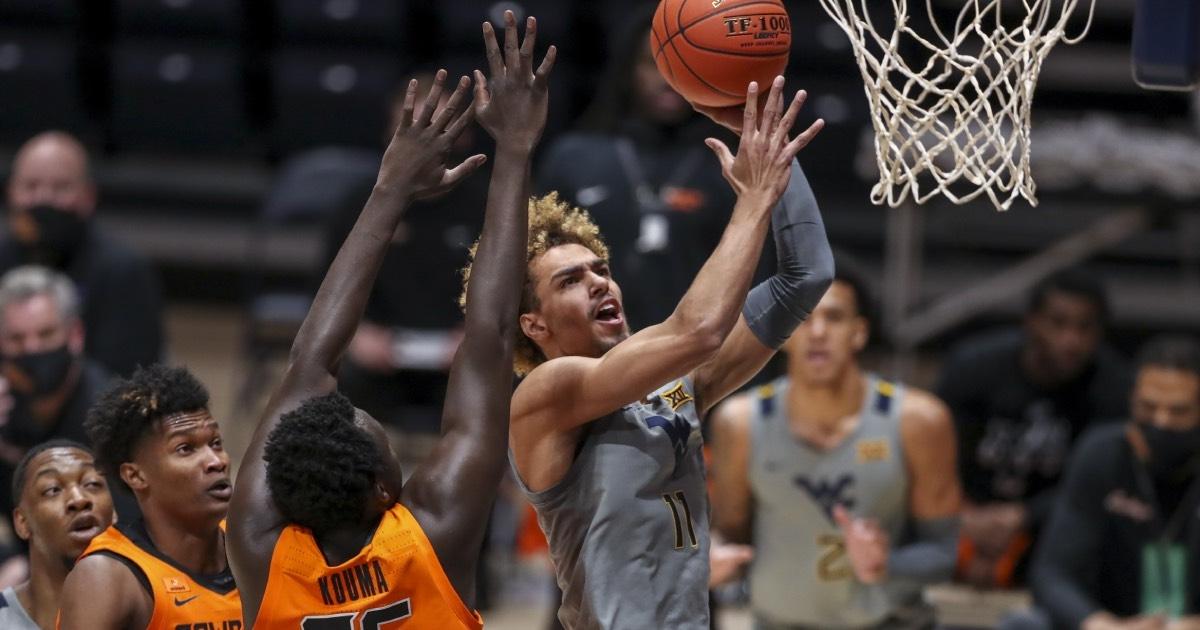 West Virginia lost three of its final four games last season, including a season-ending loss to No. 11 seed Syracuse in the second round of the NCAA tournament and to Oklahoma State in the Mountaineers’ first game in the Big 12 tournament, but they were excellent on the road in the second half of last season.

After a narrow loss at Oklahoma after the calendar turned to 2021, West Virginia rattled off road wins against Oklahoma State, Kansas State, Iowa State, Texas Tech, Texas and TCU — three of which came by four points or fewer.