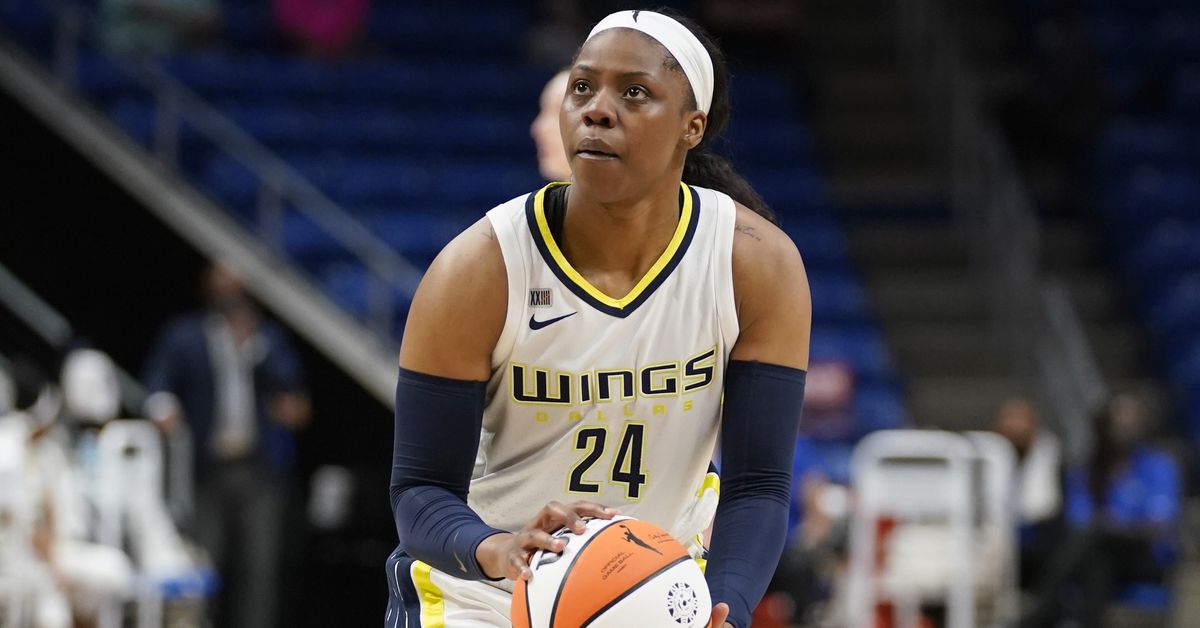 The Dallas Wings (1-2) will play the Atlanta Dream (2-2) on Thursday night at 7 p.m. ET. It’s the lone WNBA game of the day, with the Dream returning home after two big road victories and the Wings wrapping up a short road trip of their own.

Dallas may be off to a 1-2 start, but its record certainly doesn’t reflect how well the team has played. The Wings, who currently have four rookies and three second-year players on their roster, have battled through early-season adversity — in particular, a new head coach in Vickie Johnson, logjams at several positions on the court and international basketball commitments limiting the contributions of some of their key pieces — and shown the kind of improvement optimistic fans would expect from such a young team.

It’s been the Wings’ more familiar faces leading the charge. 2020 scoring champ Arike Ogunbowale, of course, dominates the highlight reel, but less-heralded veterans like Isabelle Harrison and Kayla Thornton deserve credit, too. Harrison played one of the best games of her career in the Wings’ recent overtime loss to Seattle, scoring 16 points and pulling down 11 rebounds, while Thornton is currently averaging a double-double (11 points and 11.3 rebounds) and playing a key role as the team’s best perimeter defender.

It’s fair to wonder, however, how much longer Dallas will be depending so heavily upon its veterans. Satou Sabally and Allisha Gray are still overseas participating in FIBA’s 3×3 Olympic qualifiers, but 2021 No. 1 overall draft pick Charli Collier, No. 2 overall pick Awak Kuier — who is expected to make her WNBA debut after missing the start of the season due to visa issues — and No. 5 overall pick Chelsea Dungee are going to have to start playing consistent minutes sooner or later.

Will that opportunity come against Atlanta? The Dream are riding a two-game winning streak, their most recent victory a convincing road win against Chicago behind strong guard play from Tiffany Hayes (26 points) and Courtney Williams (18 points). Atlanta led by as many as 15 points in the contest and did not relinquish the lead from midway through the first quarter onward.

Atlanta isn’t a team without question marks of its own, however. The Dream have a considerably amount of skill overlap in their backcourt, with Hayes, Chennedy Carter, Odyssey Sims and 2021 No. 3 draft pick Aari McDonald all preferring to do most of their damage off the dribble. Interim head coach Mike Petersen, who took over for Nicki Collen after she left for Baylor University, has had to juggle the group’s minutes.

Elsewhere on the Dream roster, center Kalani Brown was recently waived, despite free agency acquisition Cheyenne Parker (health/safety protocol) still not being cleared to play. Atlanta has had success playing Crystal Bradford at power forward in small-ball lineups; we’ll see if the Dream keep going with what’s been working for them and earn a third consecutive win.

Keys to the matchup: The Wings must do a better job of taking care of the basketball, especially against an Atlanta defense that is one of the WNBA’s most aggressive. The Wings have turned the ball over on 21.7 percent of their possessions — the highest mark in the WNBA — while the Dream have been second to none in forcing turnovers. If Dallas’ ball movement and outside shooting are crisp enough, the Dream will pay for their aggressive defensive scheme, so whichever team can best control the pace of play will be in a good position to win.

Under The Radar Rookies Who Have Impressed | Basketball Insiders

Steph Curry on passing Wilt Chamberlain as the leading scorer in...

Fathers and sons who both won NCAA men’s basketball championships

Billy Preston Wants Another Chance in the NBA