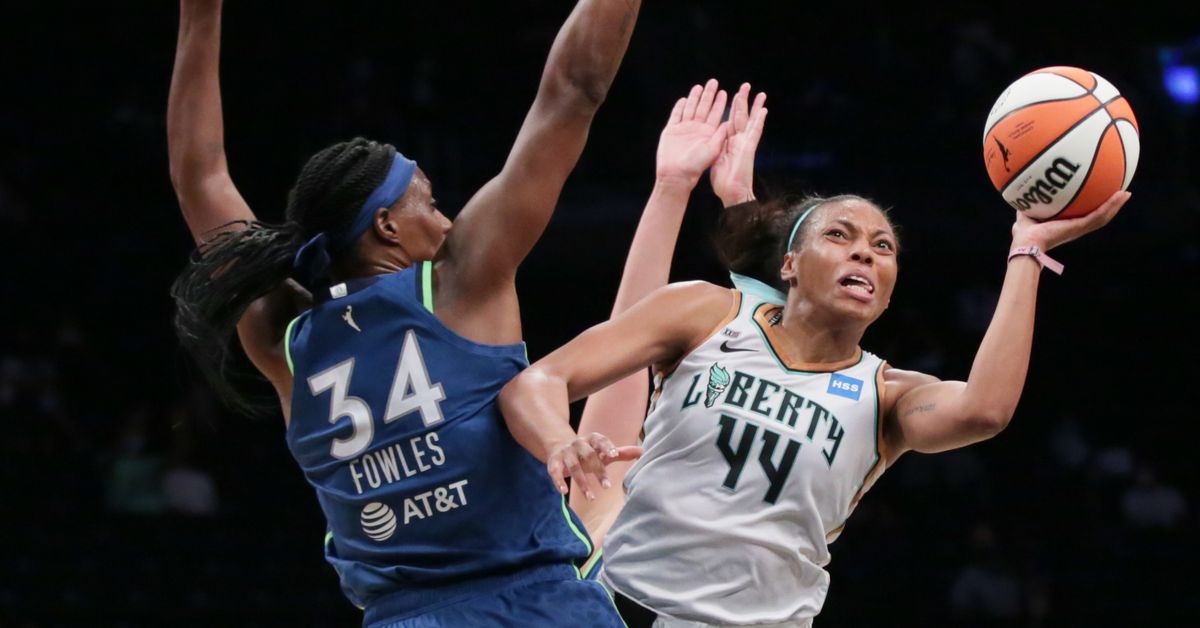 The New York Liberty look to extend their 3-0 start against the winless Washington Mystics. Meanwhile, the Indiana Fever and Atlanta Dream face off as each team vies for their first win of the season. Additionally, the Connecticut Sun visit the Phoenix Mercury and the Las Vegas Aces welcome the Los Angeles Sparks.

The New York Liberty are off to their best start since 2007 when they started 5-0. Although the Liberty have played just three games, they have shot 43.6 percent from beyond the arc, which is a drastic improvement. The Washington Mystics have struggled from the 3-point area, making just nine of their 58 attempts over their first two games.

Betnijah Laney and Sabrina Ionescu are off to a very good to start the season. Laney is scoring 23.3 points per contest and is shooting 53 percent from the floor. Ionescu is shooting 52.6 percent from deep and managed to register her first professional triple-double in just her sixth career game. The Liberty’s biggest weakness, so far, is their ability to take care of the ball. New York has committed 54 turnovers over its three games.

For the Mystics, Tina Charles has been scoring well at 18 points per game but is shooting 33 percent from the floor. Natasha Cloud was quite effective in the Mystics loss to the Mercury, shooting 7-of-12 from the floor. The Mystics have just struggled to make baskets, shooting 16-of-99 on those that are more than eight feet from the basket. This type of poor shooting seems like a blip that should reverse over time.

The Atlanta Dream visit the Indiana Fever; both are in search of their first win. The Dream nearly completed a 23-point comeback against the Chicago Sky in their last game but came up short. Courtney Williams has been a bright spot for the Dream, averaging 19 points over the Dream’s first two games.

The Fever came up close in their first game against the Liberty, but most recently, the Fever were blown out by the Connecticut Sun. Kelsey Mitchell is the highest scorer for Indiana but is off to a slow start from the 3-point area, shooting just 26.7 percent.

The Connecticut Sun are facing the Phoenix Mercury for the second time this season. In their first meeting, the Sun were at home and earned a victory over the Mercury. The Sun scored 24 second-chance points on just 10 offensive rebounds.

The Mercury’s big three of Diana Taurasi, Brittney Griner and Skylar Diggins-Smith has gotten off to a good start this season, scoring 16.7 points, 15.7 points, and 15.3 points, respectively. DeWanna Bonner leads the Sun with 20.3 points. Jonquel Jones has been in-form after missing the 2020 season, averaging 19 points.

The Los Angeles Sparks were beaten convincingly by the Dallas Wings in their season opener while the Las Vegas Aces split their mini-series with the Seattle Storm. The Sparks are in a bit of a transition as Kristi Toliver and Chiney Ogumike make their returns after missing the 2020 season and the Sparks deal with the loss of Candace Parker. The Aces are without Kayla McBride who left via free agency, Angel McCoughtry is out due to an ACL injury, Liz Cambage is back after sitting out last season and Chelsea Gray joined the Aces from the Sparks through free agency.

A’ja Wilson is averaging 21 points while Cambage is averaging 17 points. The Aces have found another scorer off the bench in Kelsey Plum who is averaging 10.5 points through the Aces’ first two games. LA’s Erica Wheeler and Brittney Sykes combined for 10 points on 4-of-15 shooting against Dallas. They will need to be much better going forward. Nneka Ogumike led the Sparks with 18 points in their loss.

Where: Bankers Fieldhouse, Indianapolis, IN

Key to the matchup: Both teams have started off poorly from beyond the arc. If either team finds their shooting touch, they could see out their first win of the season. Offensive rebounding and second-chance opportunities is another area to watch as the Fever have limited their opponents. The Fever have generated seven more shots per game than the Dream, which may provide the additional offense the Fever need to get the win.

Key to the matchup: 3-point shooting vs. scoring in the paint. The Liberty love to shoot the long ball while the Mystics’ best chance for consistent offense is inside the paint. If the Liberty are able to keep their shooting while defending the Mystics’ post offense, the Liberty could keep up their winning streak. For the Mystics, they should start hitting shots and their work on defense could give them their first win.

Key to the matchup: Jonquel Jones’ ability to shoot from beyond the arc might pull Britney Griner away from the basket, leaving the rim unprotected and allow for the Sun to attack the rim. Diana Taurasi and Skylar Diggins-Smith will put a lot of stress on the Sun’s defense. This game could be a high-scoring affair.

Key to the matchup: The Ogwumike sisters will have to go up against the best frontcourt duo in Wilson and Cambage. The Sparks will need to limit the rest of the Aces in order to give themselves a chance in this one.

Sparks injury report: Amanda Zahui B (out; back)

NBA Daily: Can the Hawks Keep Up Their Strong Play? |...

Oklahoma lives by ‘next man up’ mentality