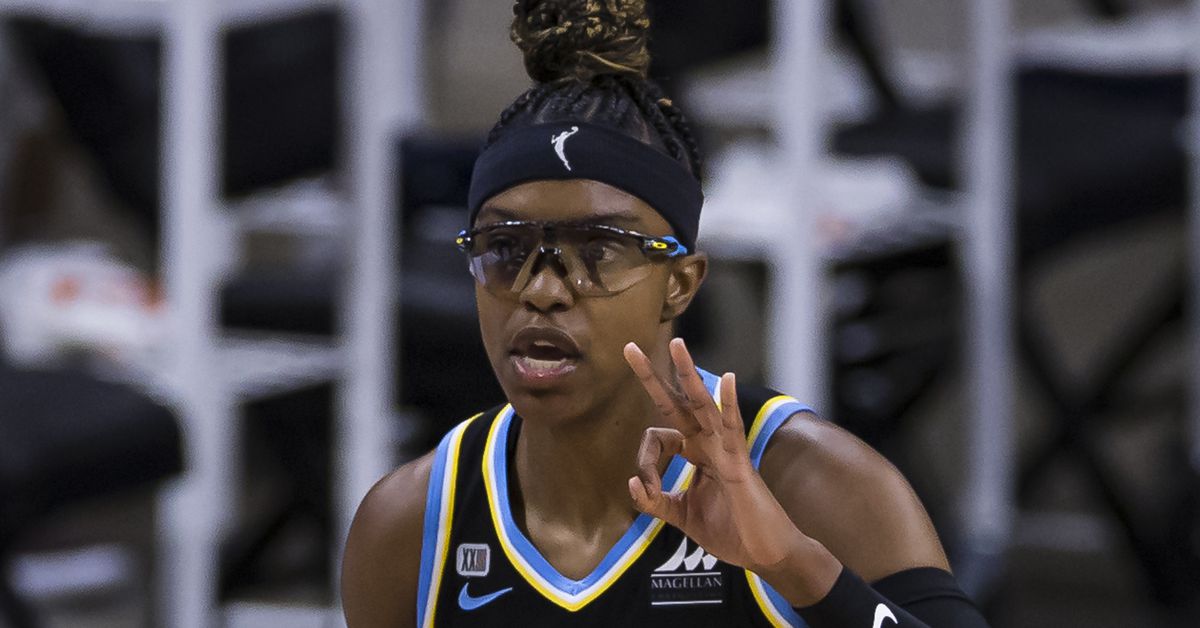 The Washington Mystics may have been without Elena Delle Donne and Myisha Hines-Allen, but the Chicago Sky looked really good in their opener. They are one of four teams left undefeated and are really the only one that was expected to be a championship contender entering the season. The Liberty, Sun and Wings have all surprised us a little bit.

In their second game of the season on Wednesday night, Candace Parker and company face an Atlanta Dream team that may be the biggest wild card in the league. They lack superstar firepower, but have arguably the most solid roster top to bottom in the WNBA. Things didn’t go so well for them in their opener as they scored just 67 points in a loss to the Connecticut Sun.

Those Sun followed up the win by defeating the big three of the Phoenix Mercury and DeWanna Bonner may have put Swish Appeal on notice.

Connecticut returns a key player in Jasmine Thomas Wednesday night as they take on the Indiana Fever, so watch out.

The 0-2 Fever were a unanimous pick to be at No. 12 in the Swish Appeal power rankings, but looked competitive against the Liberty, nearly winning both games. Kelsey Mitchell has quietly averaged 19.5 points per game and Danielle Robinson knows she needs to play like a star so she didn’t hold back in the team’s second game.

Keys to the matchup: Atlanta has speedy guards who will be going up against a team that had one of the best season-opening performances on the defensive end in the league. Can Courtney Vandersloot, Kahleah Copper and Diamond DeShields stay in front of Chennedy Carter, Tiffany Hayes and Aari McDonald?

How to watch: CBS Sports Network or Fever.WNBA.com

Keys to the matchup: 6-foot-6 Jonquel Jones will be going up against 6-foot-8 Teaira McCowan inside. McCowan has been hard to stop at times this season and was nearly the reason the Fever beat the Liberty on opening day. Can Jones find a way to contain her and take away a key strength for Indiana. And can she be a versatile scorer like she is capable of being and score more points than she did against Phoenix to take some of the scoring load off of DeWanna Bonner’s shoulders?

LaMelo Ball to miss rest of the season with wrist injury,...

Basketball News - March 22, 2021
0
Photo: Alex Menendez/Getty Images LaMelo Ball is expected to miss the rest of the season, due to a wrist injury, according to Adrian Wojnarowski...

NCAAW: South Carolina blows past Texas and into Final Four

The NCAA bracket regions where more upsets happen than any other