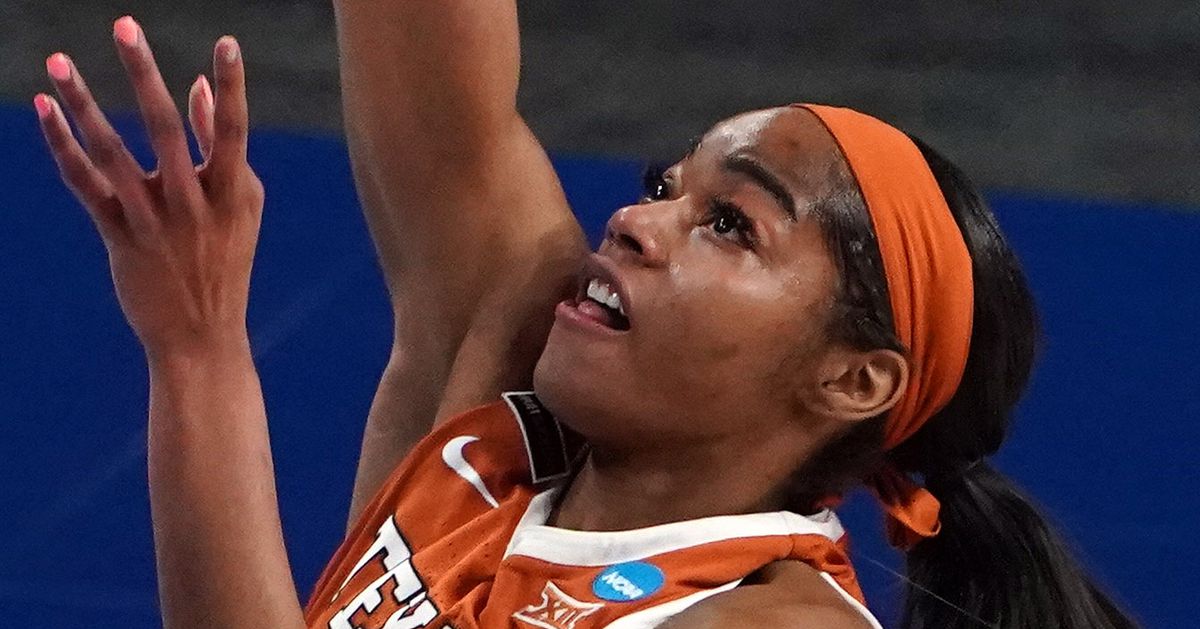 Charli Collier’s basketball career was fast-tracked in college because everyone knew she would be draft-eligible after her junior year and started talking about her as a potential No. 1 pick in the WNBA Draft. It was fast-tracked in high school, too, with the star player earning recruiting letters from all over and winning a bronze medal with the U-17 Women’s National Team at age 16.

Collier, now a 6-foot-5 forward/center, eventually committed to and then decommitted from UConn, opting to stay in her home state of Texas instead by becoming a Longhorn. She was the No. 2 Hoop Gurlz recruit in the Class of 2018.

Collier said that Texas was the perfect fit for a number of reasons:

Texas was the right fit because of the education outside of the sport. The staff has known me since I was in seventh grade, they made a great connection with my family. I decided to stay home so my family could watch me play, and I hope to make a great impact as a freshman and make progress fast then go on and play in the WNBA.

At Texas, Collier played for Karen Aston for two years with the second of those years being a very successful sophomore campaign. Collier averaged 13 points and 10.5 rebounds per game while playing alongside 2020 WNBA draftee Joyner Holmes in the frontcourt. Collier was able to stretch the floor and develop a 3-point shot, actually taking more threes at a better percentage than she did as a junior.

Her junior year was phenomenal, though. She averaged 19 points and 11.3 rebounds per game and led the 6th-seeded Longhorns to the Elite Eight. They upset UCLA in the second round and then pulled off a major upset over a red-hot 2-seed in the Maryland Terrapins in the Sweet 16. Collier had 16 points and 11 boards against the Terps, helping to take new head coach Vic Schaefer further than expected and setting the program up for future success.

Collier lost her father, Elliott, to lung and liver cancer while she was in high school, making her ties to her mother and brother even stronger. In a special interview with Holly Rowe on ESPN after she announced her decision to declare for the WNBA Draft, Collier recalled her father always telling her she would be “No. 1.” She took that to mean No. 1 in general and at everything she did and always strove for that. Well, last Thursday she was taken No. 1 overall in the 2021 WNBA Draft by the Dallas Wings, keeping her in Texas as a professional.

“Dream come true, amazing,” Collier said of hearing her named called by commissioner Cathy Engelbert in the virtual draft. “I would say right about when I heard ‘Dallas Wings’ I started to get the butterflies, the nervousness started to kick in. But I just reacted how I felt. It was just amazing to know that your hard work pays off no matter what you do. And I feel like the best is still yet to come.”

Collier joins a Wings team that features 2020 WNBA scoring leader Arike Ogunbowale, who is 24, and third-place finisher in Rookie of the Year voting Satou Sabally. Dallas also added Awak Kuier of Finland (No. 2 pick), Chelsea Dungee of Arkansas (No. 5) and Dana Evans of Louisville (No. 13) through the 2021 draft, giving it a talented young team with a bright future.

Kuier in particular is a special talent, who prefers to call herself a 4, but can play the 3 and 5, dribble, shoot threes and do it all on offense — even dunk. Collier is very excited to be a part of the first-ever No. 1-No. 2-pick duo in WNBA history, saying the following about Kuier after learning that the latter was taken at No. 2:

“An elite, elite basketball player. I’m so happy that that will be my teammate. I’ve been following her, watching her game. Six-five, long, versatile, similar (to me). Just can’t wait to get to play with her, get to know her as a basketball player and as a teammate.”

Collier is also excited to learn form Ogunbowale and carve out her own role on the team.

“Definitely going to be bringing my rebounding ability first and foremost,” she said. “My ability to attack the boards and be a force down low. And also expand on my range a little bit, you know shoot the three more as I should have my last year of college. My mid-range. Just doing all that I can for my team in order to help them win.”

As far as the pressure that comes with being the No. 1 pick, Collier says she is ready to deal with it.

“Everything that I go through, my trials and tribulations or whatever, prepares me for the next step,” she said. “And that’s always how it goes for me.”

Anthony Davis out today vs. Jazz, likely to return Thursday vs....

Goran Dragic leads the way on and off the court for...