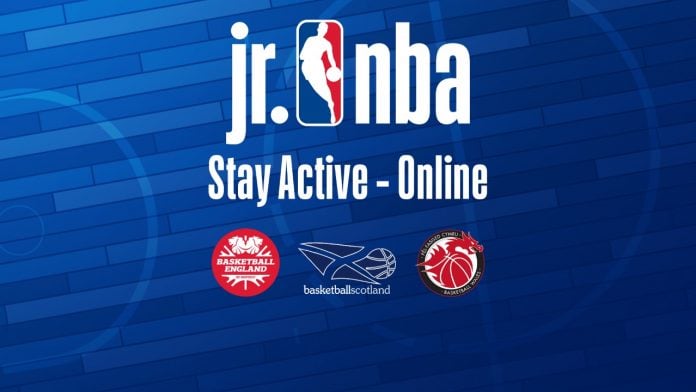 LONDON, March 18, 2021 – The National Basketball Association (NBA) today announced the launch of ‘Jr. NBA Stay Active – Online,’ a series of virtual basketball and life skills development sessions for youth across the United Kingdom.  The new virtual program, launched in collaboration with Basketball England, Basketball Scotland and Basketball Wales, will tip off on Monday, March 22 via OWQLO, the official Jr. NBA League app in Europe and the Middle East.

Jr. NBA Stay Active – Online will offer boys and girls the opportunity to participate in basketball development sessions alongside their peers from across the region and under the guidance of former NBA players, current and former British professional players and staff from all three basketball federations.  In addition to helping young boys and girls develop on the court, the program will feature live Q&A’s with current and former professional players and provide off-court resources to foster leadership and life skills development.

“We are delighted to collaborate with the Basketball Federations in England, Scotland and Wales to deliver impactful virtual basketball development programming to youth across the UK,” said NBA EME Associate Vice President of Basketball Operations Neal Meyer.  “The program will be widely accessible through the OWQLO App and provide young boys and girls with the tools and resources to stay connected to the game, develop their skills and learn the core values of basketball.”

The Jr. NBA is the league’s global youth basketball program for boys and girls, teaching the fundamental skills as well as the core values of the game – teamwork, respect, determination and community – at the grassroots level in an effort to help grow and improve the youth basketball experience for players, coaches and parents.  During the 2019-20 season, the NBA and its teams reached 14.5M youth around the world through in-person events and clinics, before transitioning to virtual programming and online youth basketball development events that generated more than 210M views from youth players and fans in 118 countries.

For more information on the Jr. NBA League in the UK, please visit http://jrnbaleague.uk/

Fans in the UK can find more NBA information at NBA.com/UK, the league’s official online destination in the UK, and on Facebook (NBA) and Twitter (@NBAUK).

Zach LaVine reportedly plans to return for the Bulls vs. Hornets

Lonzo Ball promised to ‘show up’ against Warriors on Tuesday, says Zion Williamson