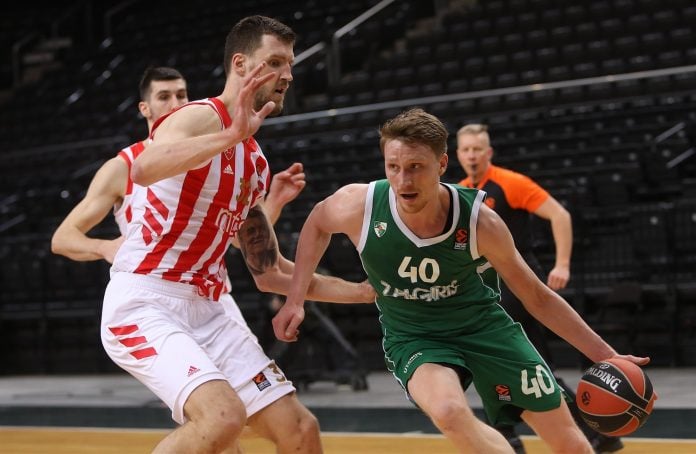 In the rescheduled Round 24 game, Zalgiris Kaunas saved home court and defeated Crvena Zvezda with a score of 75-62.

Despite missing five players due to COVID-19 cases and injuries, Zvezda showed pride and furiously started the match against Zalgiris. After the first-half guests were leading by 4 (40-44). The lack of extra help paid the price afterward, in the second half when Zalgiris was taking control of the match. Crvena Zvezda didn’t have the answer without Langston Hall, Duop Reath, Landry Nnoko, and Quino Colom.

Early in the fourth quarter, Zvezda wasn’t far behind. It was only 60-58 for Zalgiris, but Augustine Rubit woke up. He collected 6 of his 15 points, 4 of his 8 rebounds, and a block in the final chapter. Rubit, with the PIR of 16, had a major impact on his team’s win against Crvena Zvezda.

Besides Rubit, two more players had more than 10 points for Zalgiris. Marius Grigonis had 17 points and 6 assists (PIR of 24), while Nigel Hayes scored 16 with 5 rebounds (PIR of 20).

On the other side, both Jordan Loyd and Marko Simonović finished the game with 16 points. Those two were the only players with double-digit scores in Crvena Zvezda.

Anthony Davis on Lakers’ win vs. Nuggets: “It just gives us momentum”