Basketball News
Home NBA How Long Will It Be Before NBA Arenas can have fans back... 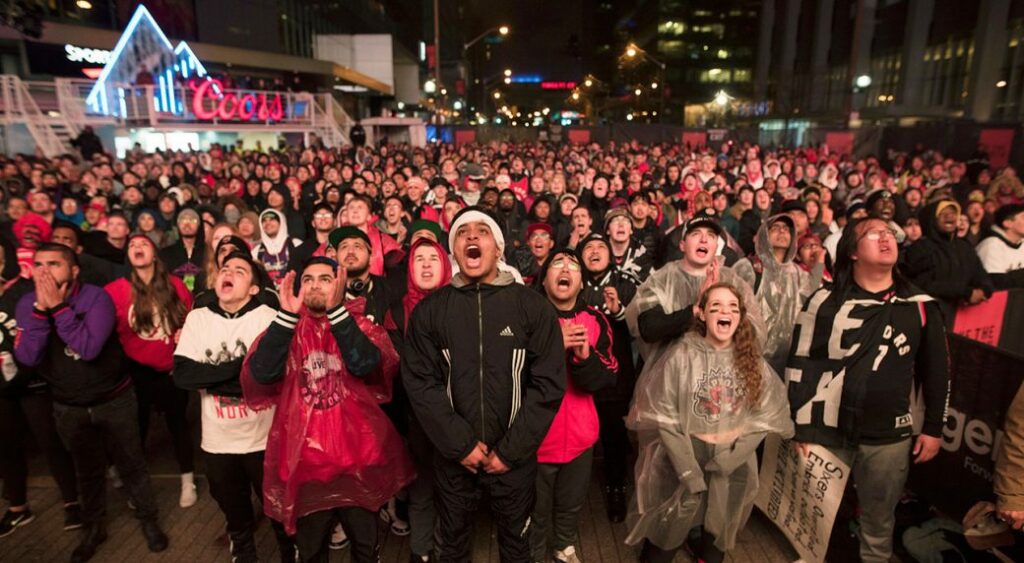 Just like any other professional sports league, the NBA was hit hard by the Coronavirus pandemic. The NBA was in fact the first of all the major sports leagues in the United States to stop their competition because of the outbreak of the virus. While sportsbook betting basketball fans were left in a stand still for what seemed like an eternity the NBA managed to come back with a bubble style tournament that saw the LA Lakers win the NBA Championship. While it was a good idea and effort in order to try and give fans their beloved action back, the absence of said fans in the arena made the game visibly different to what we’re used to. 2021 is here, the new NBA season is already here, so when will fans be allowed back?

How Safe Is It for Sports Teams to Welcome Fans Back?

With the Coronavirus pandemic forcing sports leagues and organizations to totally rethink their strategies moving forward, one of the pivotal factors to be rethought was the attendance of fans to live games. According to a Yahoo Sports Interview, Dr. Anthony Fauci, the director of the National Institute of Allergy and Infectious Diseases talked about the limited possibilities of NBA games hosting full arenas in the 2020-2021 season. In said interview Dr. Fauci was adamant in viewing more chances for there to be full venues for NFL games come next year rather than NBA games.

While strides have been made with the vaccination campaigns rolling through the country, the idea of hosting up to 20,000 fans per night in closed up arenas across the country is not one that excites health and safety officers. The main issue here is the fact that since arenas are closed buildings, air circulation is superiorly limited in comparison to any outdoor stadium.

When Will Normality Be Back?

The NBA has put in their fair share of work in order to be able to offer fans the best experience available even under the circumstances we are living through. The first main effort was to find a way to be able to finish off the 2019-2020 season, with a bubble style flash tournament played in Walt Disney Complex in Florida. While fans were not allowed to attend games, screens showing fans watching the game, fans who previously paid for that right tried to give this new scenario a sense of normality.

With the moving back of games to each teams’ arena and the vaccination efforts hoping to pay off in the biggest way possible, the NBA is already thinking of what percentage of fans should be a safe and secure number to host. Anywhere from 25 to 50% of the arenas total capacity has been discussed but all under the assumption that the vaccination efforts will help turn the general situation of the country around sooner rather than later.

While Money is Important, Health and Security Are Non Negotiable

One of the biggest problems the NBA has gone through, as well as other sports leagues has been the severe economic hit they’ve had to endure because of the non-attendance of fans to the games. But while money is important, keeping fans safe and healthy is much more important. As long as professional basketball organizations can offer the best health and safety rules and protocols, then the idea of hosting fans back can become a reality for as soon as the NBA playoff season. Measures like social distancing between groups of attendees as well as making sure all health procedures like proper hand washing be followed by all attendees need to become a new minimum for fans to be allowed to go back to games. An effort made by both parties, the NBA and fans is the best strategy for a reunion to happen sooner rather than later.