Basketball News
Home NBA 5 Reasons the NBA is the Best Pro League in the World? 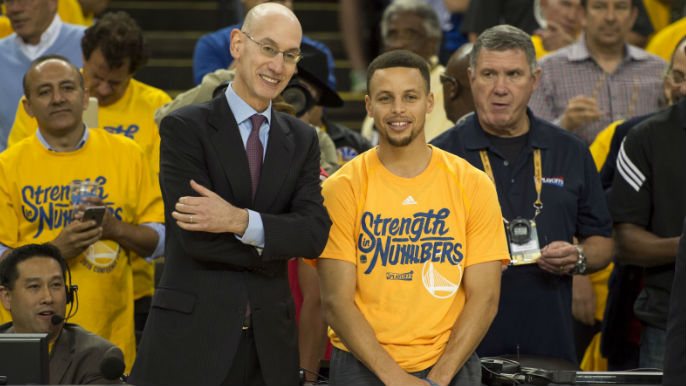 A sports loving nation, the US is home to a number of prominent sports leagues that attract hordes of fans. From football, basketball, baseball, soccer, and ice hockey, fans have more choice of home-based leagues than any other country.

That said, there is a strong argument that one league is the best of them all – the National Basketball League. Why, well this article will show you X reasons why the NBA should be considered the best sports league in the world.

Who are the Favorites to Win the 20/21 NBA Championship?

Before we get started on the reasons why the NBA is the world’s best sport, let’s have a quick look at how the current season is going.

Thanks to an excellent season so far, the LA Lakers are attracting the shortest odds at the online sports betting sites. They are followed by the LA Clippers and the Milwaukee Bucks who are neck and neck. Virgin Bet currently offer odds of 9/4 for the Lakers and 5/1 and 11/2 for the Bucks and Clippers respectively.

As for the Regular Season MVP, it is a close call right now with Giannis Antetokounmp and Luka Doncic equal favorites with most online betting sites at 17/4. Outsiders include LeBron James, Joel Embiid, Nikola Jokic, and Stephen Curry.

It might not sit at the top of the pile in terms of generating revenue but the NBA is now third in the list. Last season alone the NBA generated 8 billion in revenue thanks to having close to a billion fans worldwide. This revenue allows the best players to earn millions in salaries each year putting them amongst the world’s best paid sports stars.

2. It is Always Competitive

In many other sports around the world, there are usually one or two dominant teams that always win the championship. In France, Paris St Germain win the top division every year while the same could be said for Bayern Munich in Germany.

Not in the NBA, in the last ten seasons, there have been seven different winners of the NBA Championship. This just shows how competitive each season is and that any team has the chance for some glory.

Whether you are a fan of basketball or not, you have probably heard of Micheal Jordan, LeBron James, Shaquille O’Neal, Magic Johnson, Kobe Bryant, and Scottie Pippen. These are just some of the best and most prominent basketball players of all time. They transcend the sport of basketball and become global icons thanks to the sport they excelled at.

The good news is that there are sure to be many future superstars to unearth. Basketball consistently creates them.

In soccer, you regularly see one or two goals and that is it. In the NBA scores go into the hundreds and are usually close affairs. Sure, those scores are increased thanks to three pointers and lots of free throws but that is not the point, the games are end-to-end and always contain tons of action and excitement. Why settle for anything but a full-on battle every time you watch a sport?

For kids looking for a sport to play, basketball is one of the easiest. All you need is a ball! Sure, a hoop would be cool too and these can be found on public courts all around the country but at the minimum the ball is all you need for some fun. Compare that to ice hockey, baseball, and tennis which require quite a bit of equipment and not too many public courts/rinks.

If not, you should be. Basketball has always proved to be one of the best sports in the world but, right now, it has to be considered the best for the above reasons. It will only get stronger too!