Every week, NCAA.com’s Starting Five will highlight the top women’s basketball players in the country. Here are the standouts from week three of the 2020-21 season: 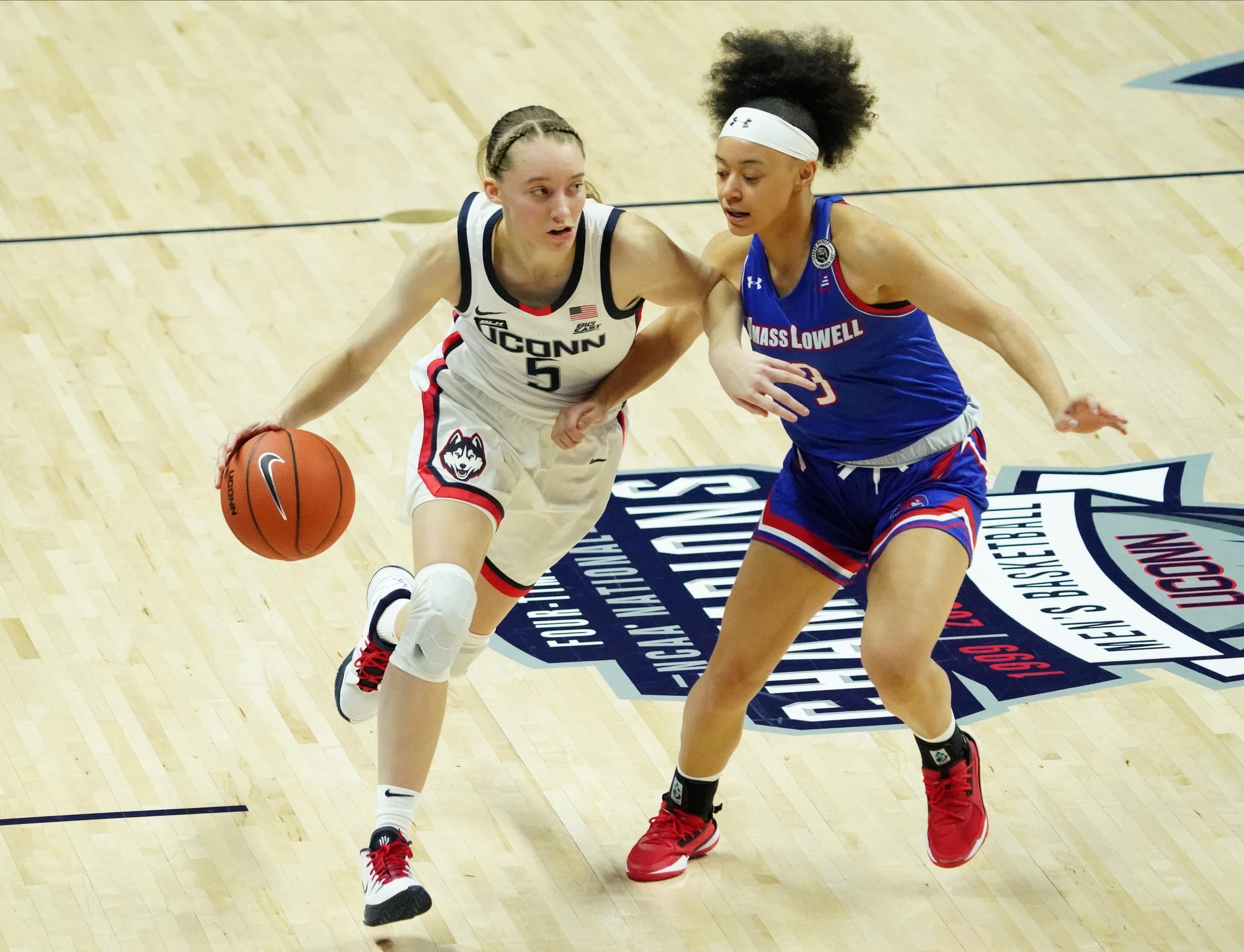 No. 1 recruit Paige Bueckers lived up to the hype in her rookie debut as a Huskie in UConn’s season opener against UMass Lowell defeating the River Hawks, 72-23.

Not only did Bueckers lead UConn in scoring with 17 points — her performance made her second behind Breanna Stewart for most scored points by a freshman in a season opener.

Many know Bueckers as being a human highlight reel at the high school level, and not much has changed on the collegiate stage. The freshman guard found multiple ways to attack the River Hawks’ defense to get to the basket. She only missed three shots the entire game, shooting 73 percent from the floor.

She also grabbed nine rebounds, dished out five assists and swiped away five steals. Bueckers adds contagious energy to the Huskies, and her performance earned her Big East Freshman of the Week. 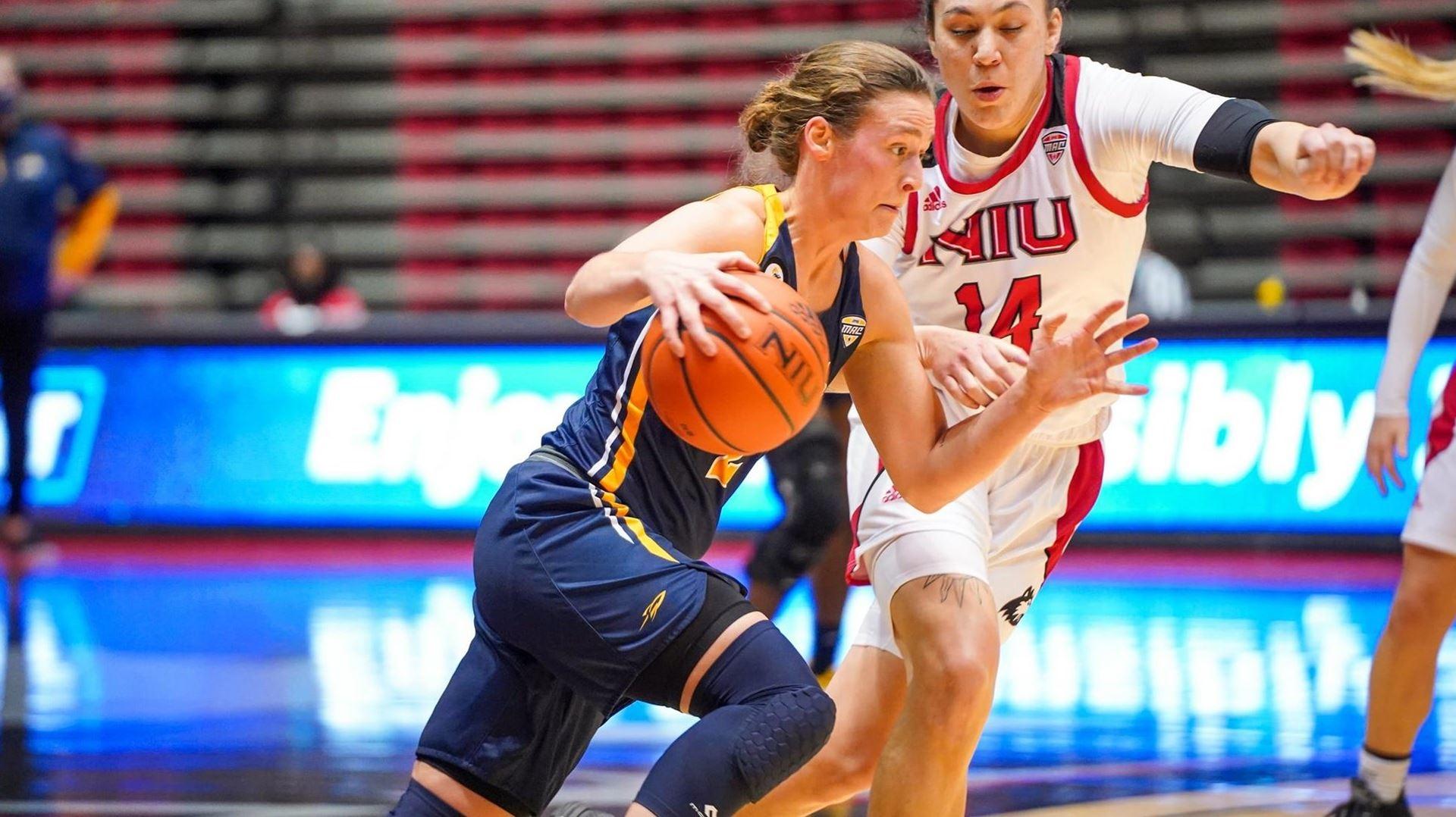 “My shot felt good tonight,” Wiard said, who has scored in double figures in all three games this season. “I hit my first two shots, and I remember saying to myself that tonight is going to be a good one. It just felt right. My teammates gave me great opportunities to score. They set good hard screens and were able to get me good looks at the basket.” 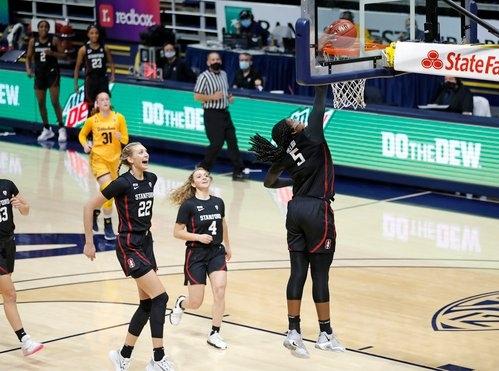 We’ve all been waiting for Stanford’s Fran Belibi to take flight. Belibi recorded her first career dunk against Cal in a team win, 83-38. This makes Belibi the eighth woman to dunk in a collegiate game.

The play couldn’t have been a better set up after stealing the ball from Orenela Muca with an open court in front of her. Her team — and even Fran — knew this was the anticipated moment to slam down her first one for the books.

“It was nice to be able to get one,” the sophomore forward said.

“I know that’s been something that’s been around my name for a while,” Belibi said. “It was cool to do it at Cal. Obviously, we couldn’t do it at Maples right now.”

Belibi scored 14 points against Cal and is currently averaging 10.8 points and 5.8 rebounds. 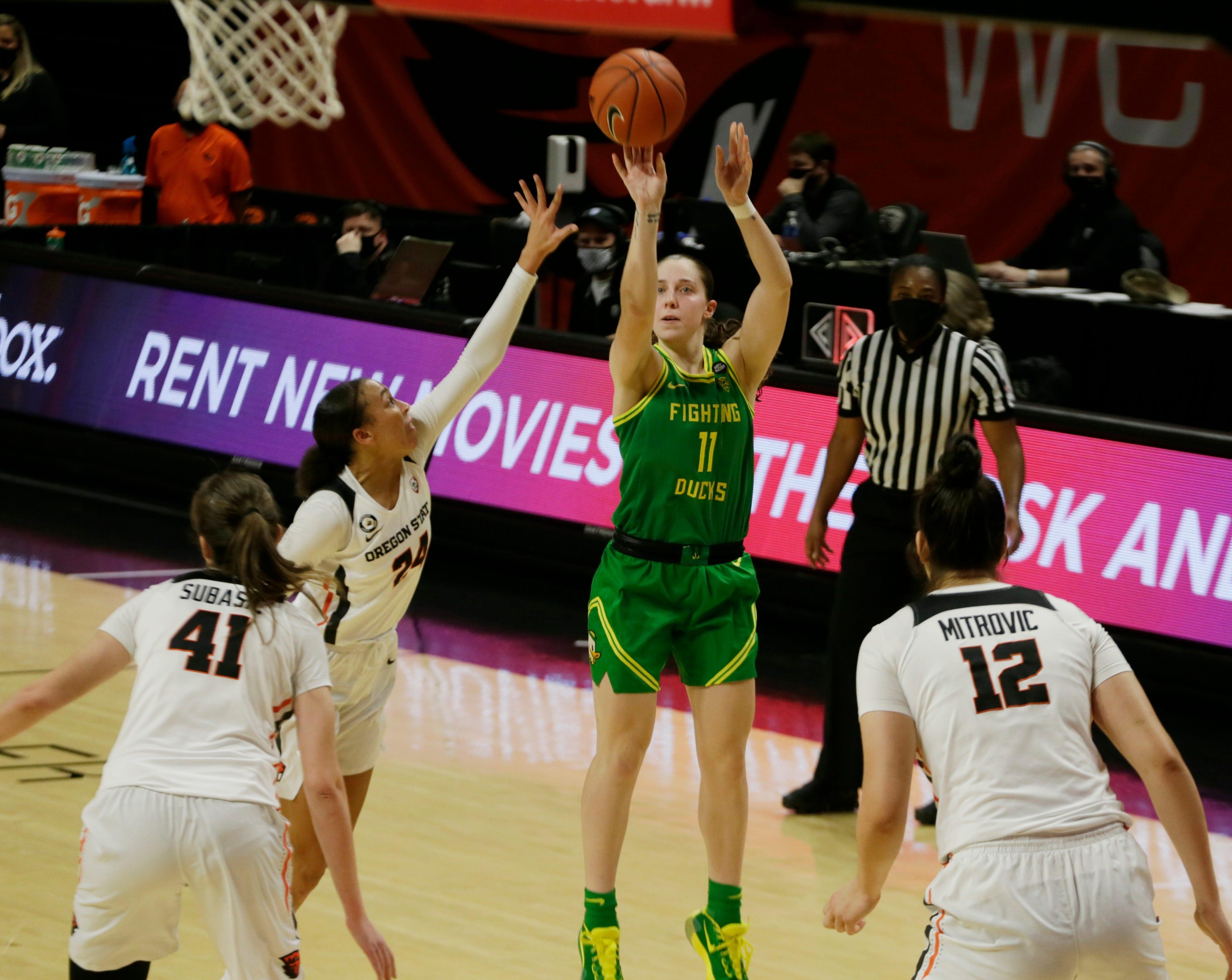 Taylor Mikesell — who transferred from Maryland — looks great as a Duck. Her ability to score is even more remarkable.

The junior guard knocked down 21 points to beat their rival No. 15 Oregon State. In the first quarter alone, Mikesell went 4-of-6 from the three-point line, finishing the game with five three-pointers.

Mikesell is 18-of-30 from beyond the arc, helping Oregon to a 5-0 record. This is the best mark in the nation among players with at least 20 attempts. Mikesell is one of Oregon’s top scorers and is currently one point shy from Erin Boleywith an average 14 points per game. She leads her team in three-pointers made, making them at a 40 percent rate. 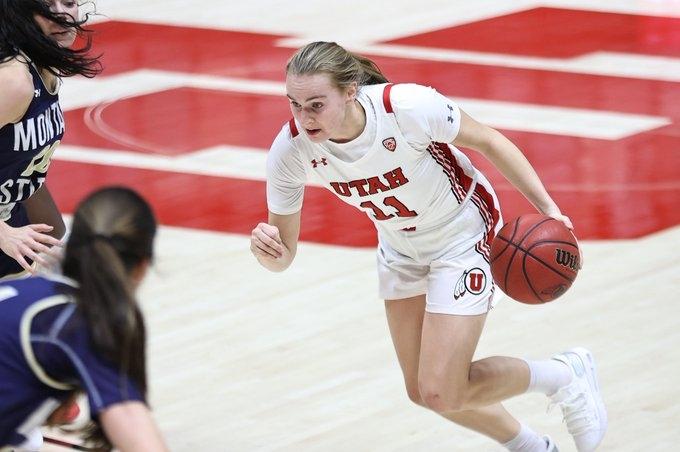 Brynna Maxwell earned Pac-12 Player of the Week after her standout performances against No. 15 Oregon State and Montana State. She averaged 22.5 points between both matchups.

The sophomore guard shot a career-high 34 points in the 85-79 upset of No. 15 Oregon State. She scored 16 points in the third quarter alone. Maxwell shot 10-of-15 from the floor and knocked down four three-pointers. She also had a flawless night at the free-throw line shooting 10-of-10.

Maxwell leads Utah in scoring, averaging 14.8 points per game. Also, she hasn’t missed a free-throw yet shooting 18-of-18.