There’s a good chance that one of your favorite movies or TV shows features a former NCAA athlete. In fact, some of the biggest stars ever used to lace ’em up and compete on the field, court or hardwood during their college days. 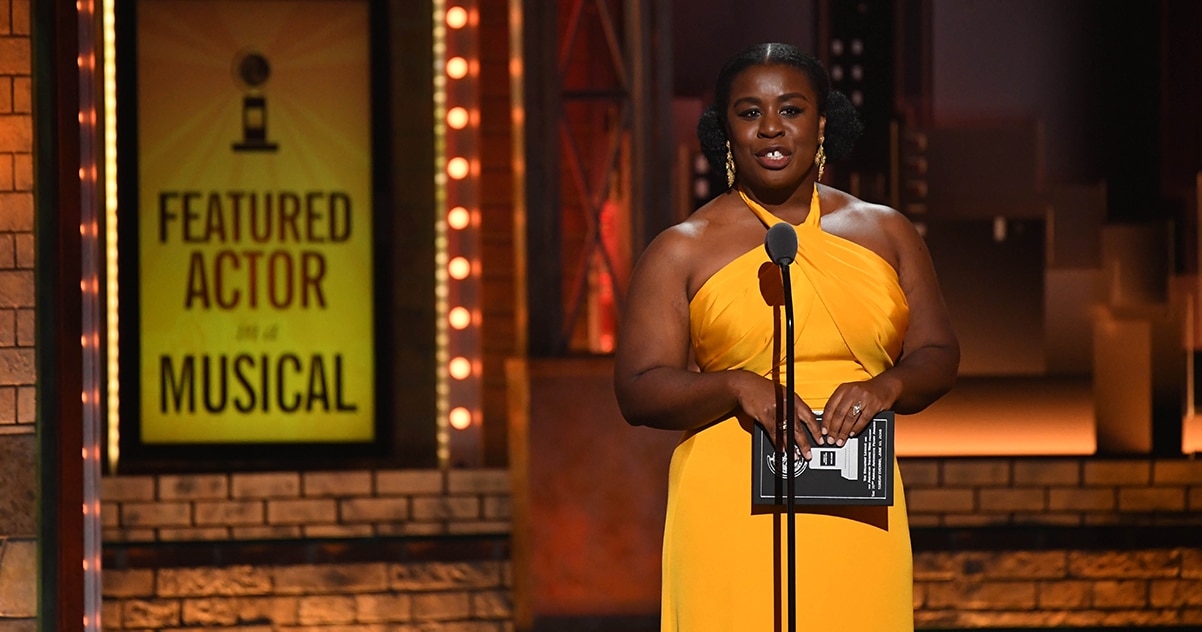 Aduba has won two Primetime Emmy Awards (and she was nominated for a third) for her role in Orange is the New Black, and she has also been nominated for two Golden Globe Awards. But before she was an award-winning actress, she was a track and field athlete at Boston University. 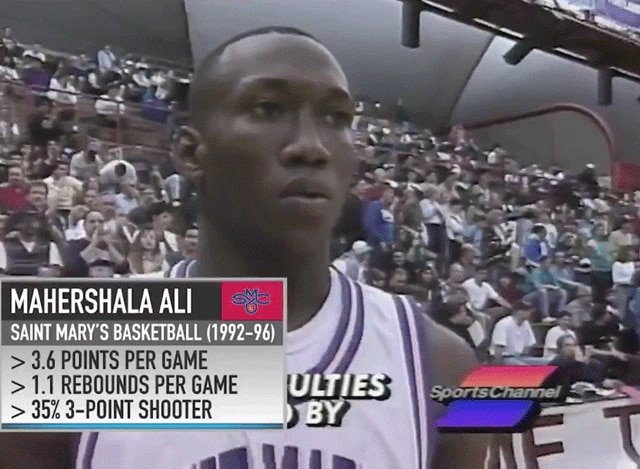 Ali is a two-time Oscar winner for Best Supporting Actor, but before he was a world-renowned actor, he was a guard for St. Mary’s in the mid-1990s.

The 6-foot-4 Ali scored a total of 348 points in his four seasons. He was most productive his senior season, when he averaged seven points per game along with 1.8 rebounds and 0.9 assists. St. Mary’s went 12-15 that season. When Ali played, St. Mary’s had its best season his junior year, when it finished 18-10.

Before Cain was playing Superman or appearing on Beverly Hills, 90210, Ripley’s Believe It or Not!, Frasier, Law & Order: Special Victims Unit or CSI: Miami, he was playing safety for Princeton. In 1988, he won Princeton’s John P. Poe-Richard W. Kazmaier, Jr. Football Trophy.

Cain still holds the Princeton record for most career interceptions with 22 in just three seasons, including a school-best 12 in the 1987 season. He had three different three-interception games in his career. 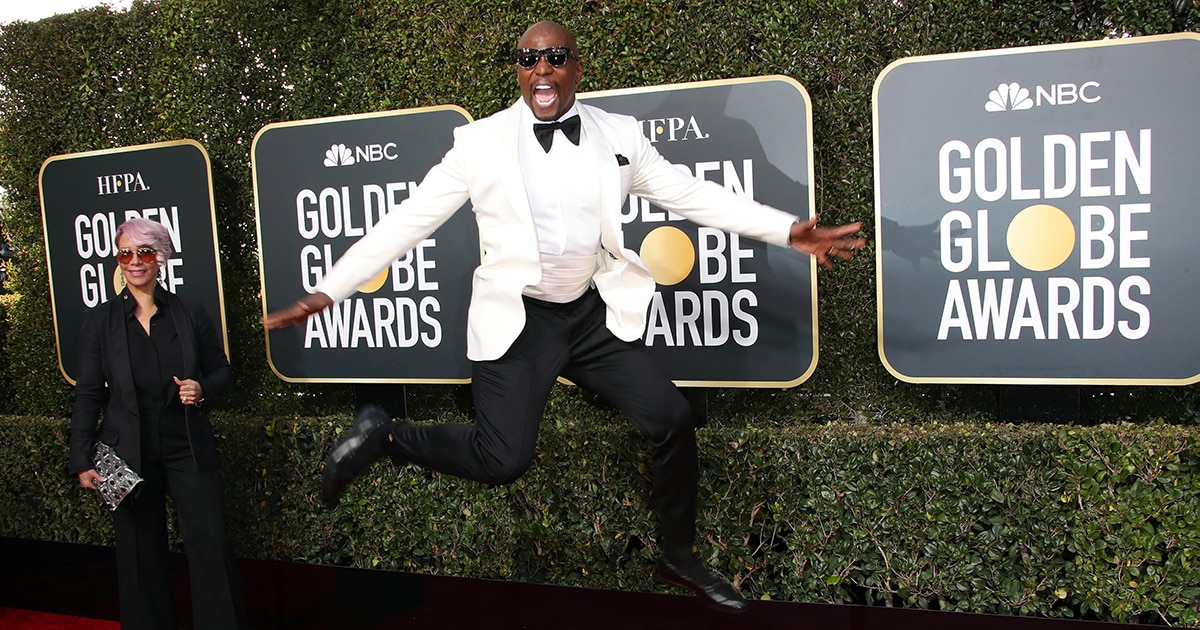 Terry Crews, who’s 6-3, 245 pounds, played linebacker for Western Michigan, where he was an all-conference performer in the MAC and helped the Broncos win the 1988 MAC Championship. He had 138 tackles and seven sacks in college and earned Western Michigan All-Century Team accolades. Crews was drafted in the 11th round of the 1991 NFL Draft and played for the Los Angeles Rams, San Diego Chargers and Washington Redskins before starting a successful acting career.

Most known for his role as Dr. Jack Shephard in Lost, Matthew Fox used to play wide receiver for Columbia. Fox was a letterman for the Columbia football team from 1986-88, before receiving nominations for a Golden Globe Award and a Primetime Emmy as an actor. 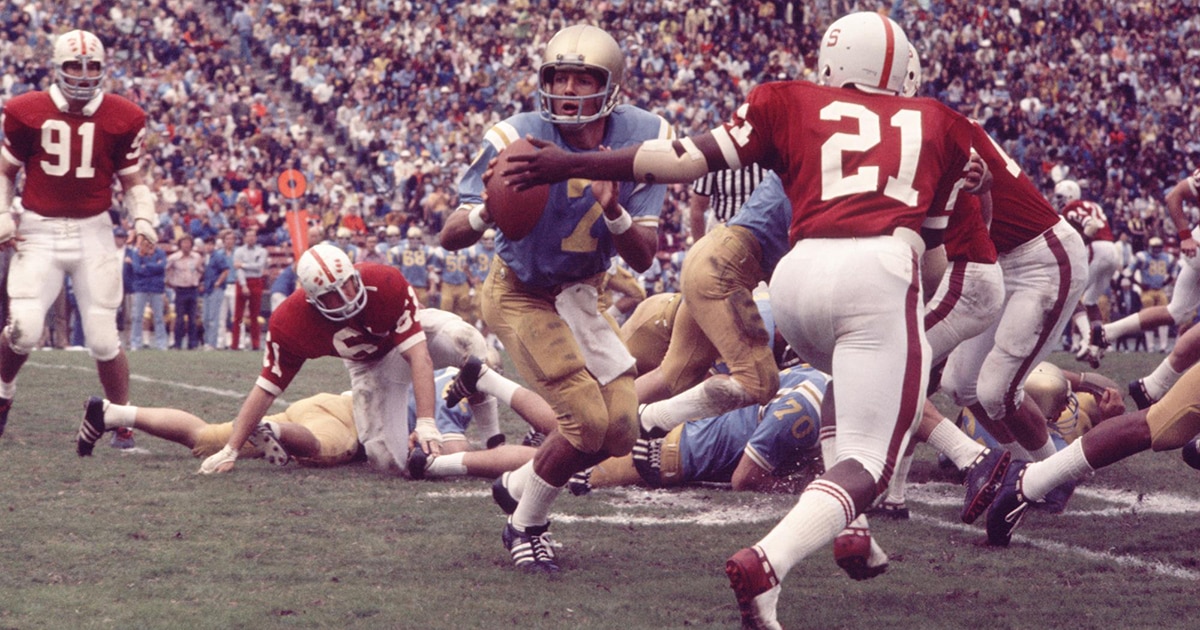 Mark Harmon, best known today for his role as Leroy Jethro Gibbs on NCIS, played quarterback for UCLA where he ranked fourth in the Pac-8 in total TD responsible for in 1972. Harmon would’ve been called a dual-threat quarterback today. He had more rushing yards (976) than passing yards (845) in his career, as well as 172 rush attempts compared to 100 pass attempts in 22 games.

UNSTOPPABLE: Every undefeated FBS team to win the national championship since 1936 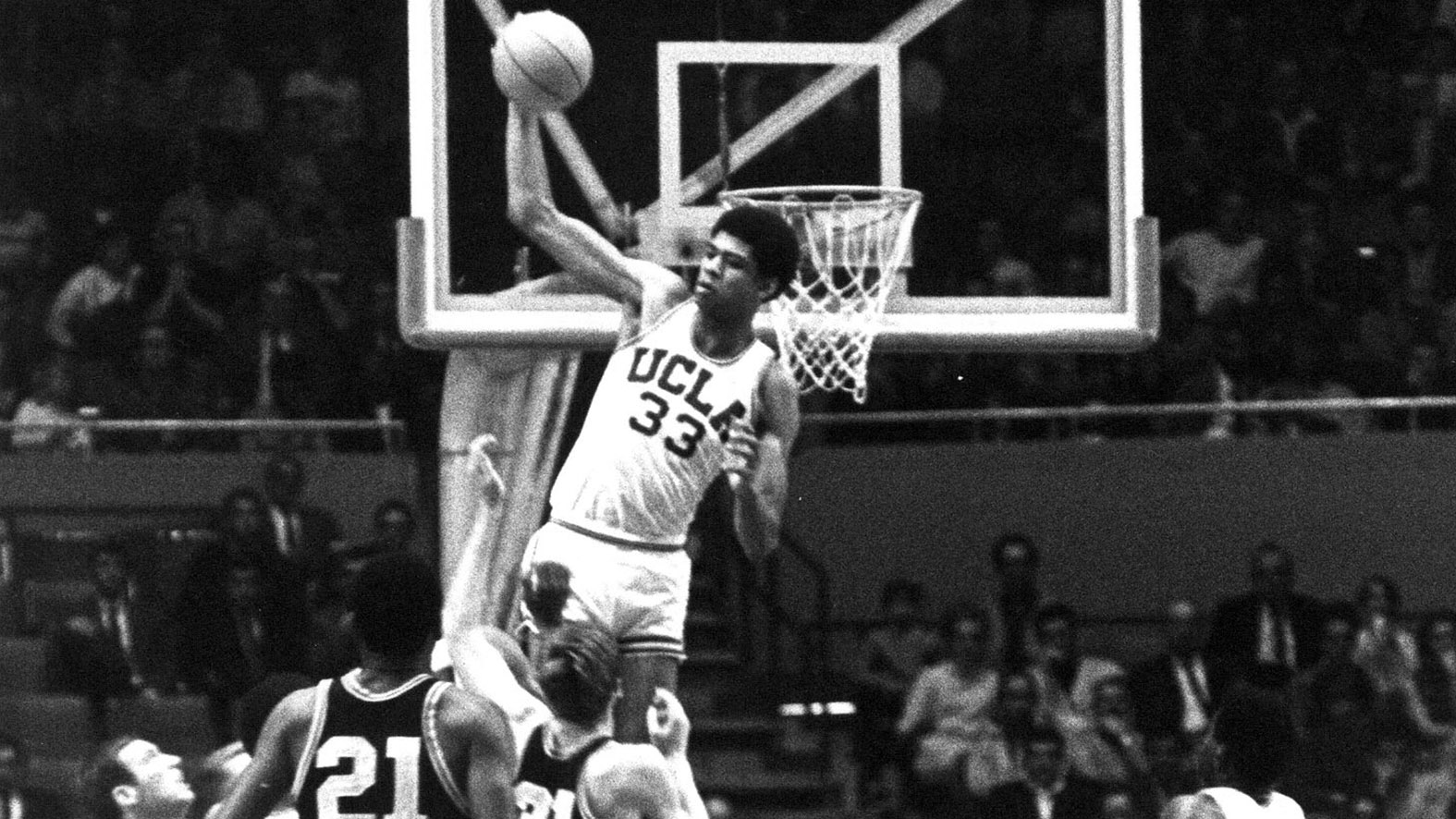 Abdul-Jabbar’s basketball success and fame earned him a role in the comedy Airplane!. Abdul-Jabbar has appeared in a number of TV shows and movies over the years, including the TV series 21 Jump Street, D2: The Mighty Ducks, Everybody Loves Raymond, Scrubs and The Big Bang Theory. 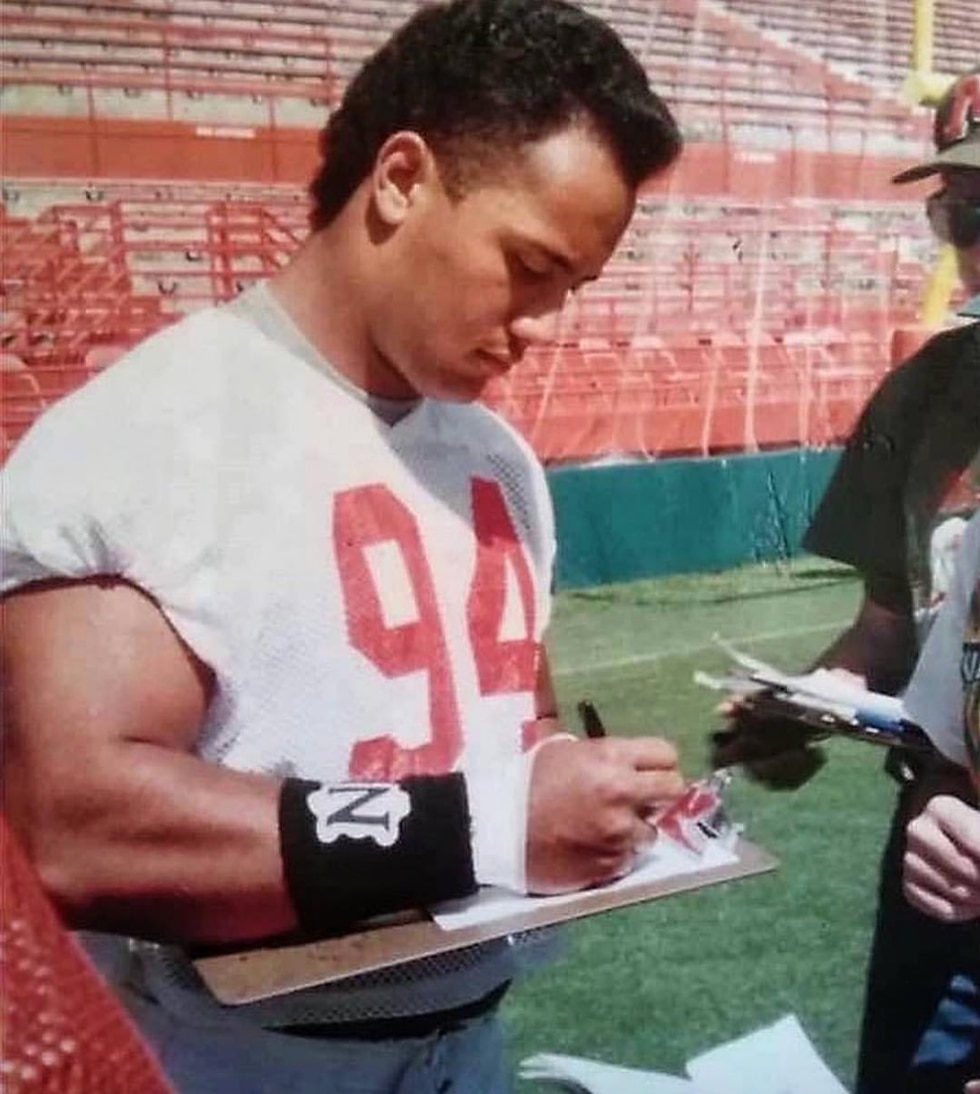 Before Dwayne “The Rock” Johnson was one of the most successful movie stars in the world, he was a member of Miami’s 1991 national championship team as a defensive tackle. He signed a contract with the CFL’s Calgary Stampeders before joining the world of professional wrestling.

Johnson began transitioning from professional wrestling into TV shows and movies around the turn of the century, when he was on That ’70s Show, Star Trek and Saturday Night Live. Today, “The Rock” needs no further introduction. 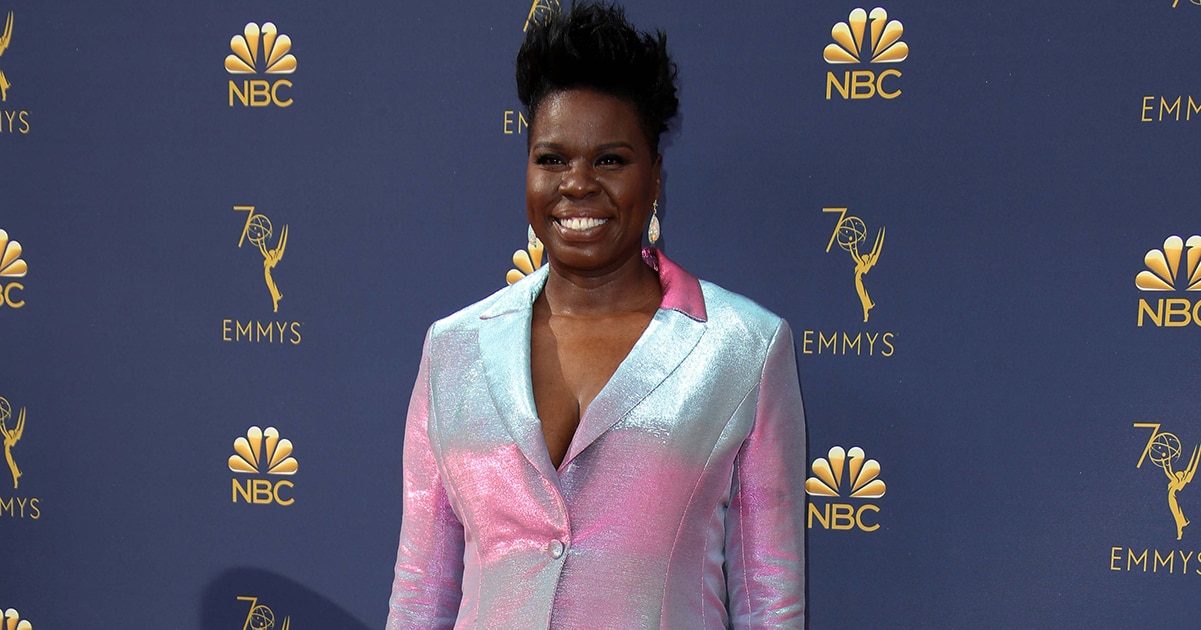 Leslie Jones, the comedian and actress known for her work on Saturday Night Live, plus other notable appearances in movies such as Ghostbusters, Trainwreck and The Angry Birds Movie 2, played college basketball at Chapman University, then Colorado State.

Jones played guard for the Crimson, which went undefeated in 1968, and he earned First Team All-Ivy League honors. In 1994, Jones won the Oscar for Best Actor in a Supporting Role and he was nominated for an Oscar on three other occasions. He won the Golden Globe for Best Performance by an Actor in a Supporting Role in a Motion Picture for his role in The Fugitive in 1993 and he was nominated for three other Golden Globe awards. 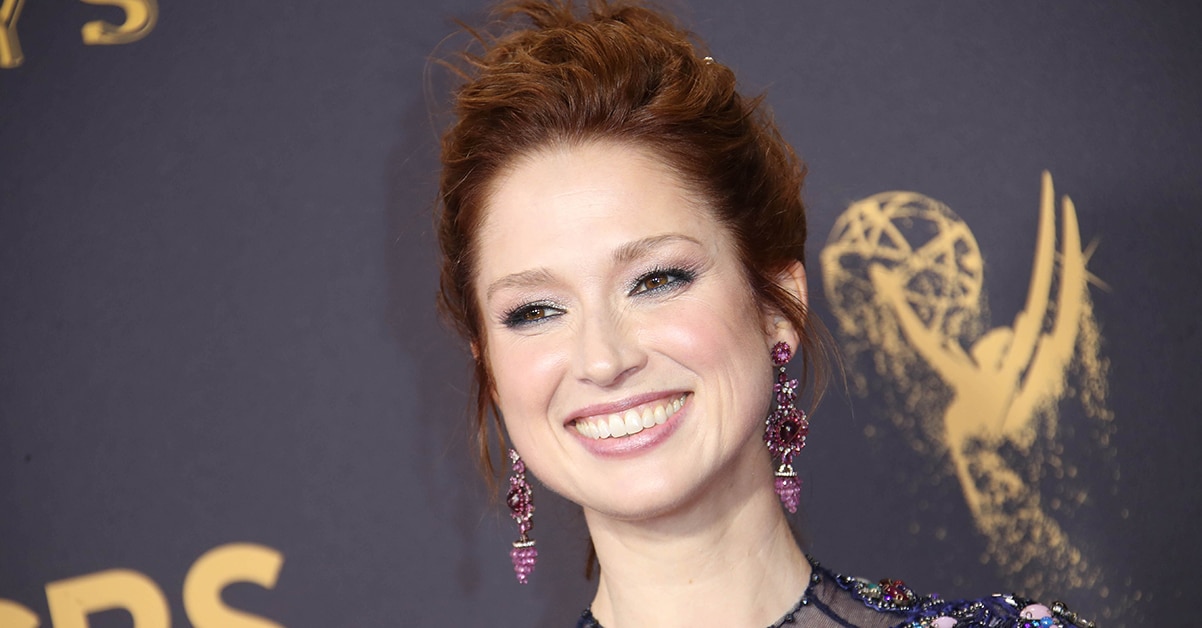 During Kemper’s freshman year at Princeton, where she played on the field hockey team, the Tigers finished as the national runners-up. A tongue-in-cheek bio on Princeton’s website reads, “After leaving the field hockey team, where she mostly sat on the bench and provided water for her teammates who were actually tired and sweaty from playing on the field instead of sitting on the bench, she joined the campus’ improvisation group, Quipfire!, and its musical theater group, Triangle.” Kemper has since appeared in a number of popular TV shows and movies such as The Office, Bridesmaids and Unbreakable Kimmy Schmidt.

Miller, who used to go by Lil’ Romeo, was once named the MVP and top defensive specialist at the Michael Jordan Camp. He was one of the 200 best high school players when he received an invite to the ABCD Camp. He enrolled at Southern California on a basketball scholarship, where he played for two seasons.

Miller appeared in nine games in his career, scoring five points in 19 minutes. While Miller’s college basketball career ended in 2010, his acting and entertaining career continued and he has since appeared in Empire, the Charlie’s Angels TV series, Madea’s Witness Protection and Jarhead 3, among other movies, TV shows and video shorts.

O’Neill was born in Youngstown, Ohio, and transferred to Youngstown State, where he played for two years after starting his college career at Ohio University. O’Neill played Al Bundy in Married… with Children and today he’s known for his role as Jay Pritchett on Modern Family. 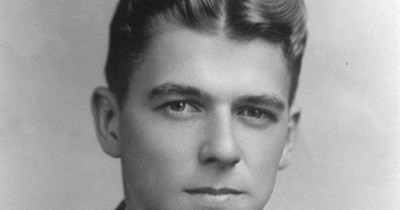 Ronald Reagan’s IMDB profile has 82 acting credits from 1937 to 1965 and his acting career earned him a Hollywood Citizenship Award at the Golden Globes, a Golden Boot and a Star of the Walk of Fame. We all know that after his acting career, Reagan was elected the 40th President of the United States but before his acting career he was a multi-sport athlete at Eureka College in Illinois.

Injuries plagued the gridiron career of the late Burt Reynolds, who caught a 33-yard pass in his first game for Florida State and who rushed for eight yards per carry and two touchdowns on limited attempts as a freshman. In a game against Villanova in 1954, Reynolds started both ways, playing offense and defense for the Seminoles.

“He returned to Florida State in 1957 but once again was sidelined by injury, ending a promising career,” according to nolefan.org. “He went on to become one of the most successful actors in box office history earning an Academy Award nomination in 1999. For years he has hosted a segment of the Bobby Bowden Show along with close friend Gene Deckerhoff. Reynolds has remained an ardent supporter of Seminole athletics and the entire university.”

Reynolds was nominated for Best Actor in a Supporting Role in 1998 for Boogie Nights and he won two Golden Globes, along with five other nominations.

MORE: Breaking down the year-by-year history of the AP poll rankings 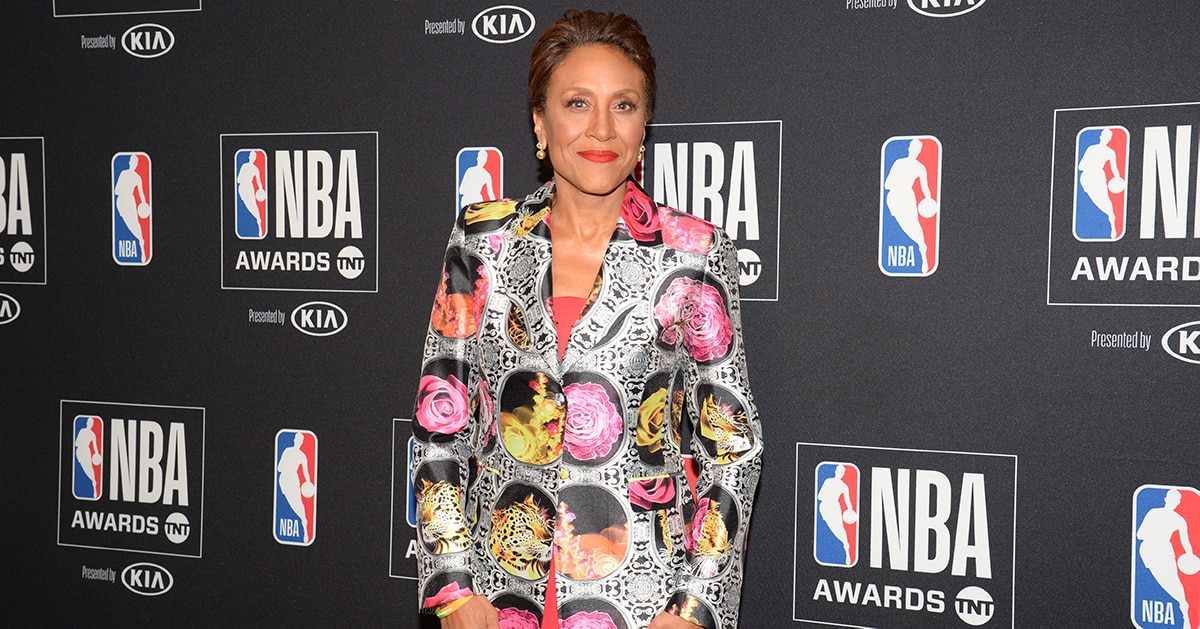 Roberts has been a pillar in the broadcasting world through her work on SportsCenter and Good Morning America, and she has appeared in movies like He Got Game and Pitch Perfect 2. Roberts was a standout basketball player at Southeastern Louisiana, where her jersey is retired. According to the school’s website, “Roberts starred for the Lady Lions from 1979-83. She currently ranks among the program’s career leaders in points (1,446, 6th), rebounds (1,034, 5th), games played (114, 4th), field goals made (507, 5th), free throws made (432, 4th) and free throw percentage (72.0). A member of the university’s Athletics Hall of Fame, in 2006 she was named one of the NCAA’s ‘100 Most Influential Student-Athletes’ in conjunction with the NCAA Centennial Celebration.

Selleck was a major cultural icon in America in the 1970s and ’80s, and he continues to play the role of Frank Reagan on Blue Bloods. But before he was a TV and movie star, Selleck played basketball at Southern California. The Trojans went just 13-13 during Selleck’s senior year and no stats are listed for him on Sports Reference.

Jon Stewart started for three years on the William & Mary men’s soccer team. He recorded 10 goals and 12 assists in his career, while helping the Tribe go 40-15-9 in those three seasons. He scored the game-winning goal in a 1-0 victory over UConn in the 1983 ECAC Championship, which was just William & Mary’s second conference championship. 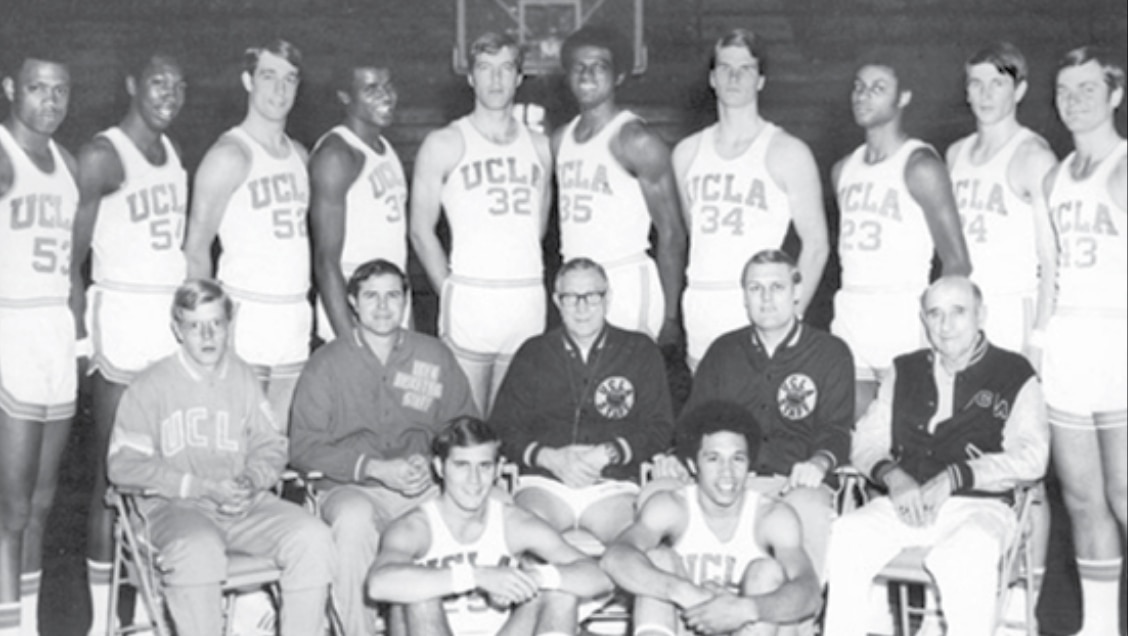 Warren (seated at right, above) won back-to-back national championships at UCLA before beginning an acting career that led to a recurring role on Hill Street Blues, one of network television’s best dramas in the 1980s.

Washington played for Fordham’s JV men’s basketball team, which was coached by P.J. Carlesimo, who later took Seton Hall to the Final Four in 1989 and spent roughly 20 years as an NBA head coach or assistant. Washington walked on at Fordham, whose varsity team had made the regional final and finished ranked No. 9 in the AP poll in 1971 in Digger Phelps’ only season as head coach at the school.

Washington got his acting start with a role in the TV movie Wilima in 1977. He has since won two Oscars (Best Actor in a Supporting Role for Glory, Best Actor in a Leading Role for Training Day) and he has been nominated for six other Oscars.

Before starring as Apollo Creed in the Rocky franchise, Carl Weathers was a First Team All-Pacific Coast Athletic Association linebacker in 1969. Weathers played for legendary coach Don Coryell, who was known for his innovative “Air Coryell” offense and won more than 100 games as both a college and NFL head coach. Weathers’ first credited acting role was in 1975 on the TV show Good Times, just six years after he was an all-conference linebacker.

Whitaker enrolled at Cal Poly Pomona on a football scholarship but injuries ended his playing career early. The 6-2, 220-pound Whitaker has since starred on the big screen, most notably for his role in The Last King of Scotland, for which he won an Academy Award and Golden Globe Award, among several others. In recent years, he has appeared in Black Panther and Rogue One: A Star Wars Story.